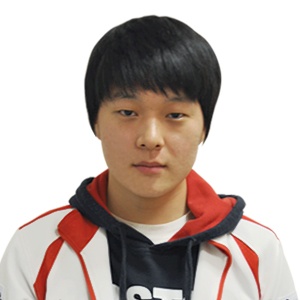 Lee "Seal" Joon is a Zerg player from South Korea, who played for New Star HoSeo and is currently teamless.

Seal's creep spread in his game versus Bomber

Seal's playstyle in ZvT focuses primarily on a Mutalisk/Zergling/Baneling combination with a large focus on the mobility of those units, harassing with his Mutalisks while setting up flanks with his lings. In the later stages of the game, Seal will transition into Infestors which will bridge him towards Hive tech, giving him access to Brood Lords. In addition to this, he has had a reputation for spreading his creep very far out, often reaching his opponent's bases if not stopped.

Seal's debut in the GSL would be in the GSL Open Season 3 where he lost 0-2 to Polt in the opening round. Since then he essentially only played in small South Korean weekly events before his re-emergence in GSTL Season 1 where he defeated Bomber in New Star Hoseo's match against StarTale, and scored an all kill in his team's match against ZeNEX, defeating the likes of ByuN, Hack, Jjun and SuHoSin.

In the 2012 GSL Season 1 Code A preliminaries, Seal would take a Code A spot, defeating RainBOw in the finals to earn it. His stay in Code A was short as he lost in the first round to Squirtle.

On November 3, 2011, Seal participated in the ESV TV Korean Weekly Season 1 Weekly 13. After taking down AcE, BanBans, cOre, and Shuttle, he advanced in to the finals to face TaeJa. He was not able to advance any further and lost to TaeJa by a score of 1-4 and ended up taking second place.