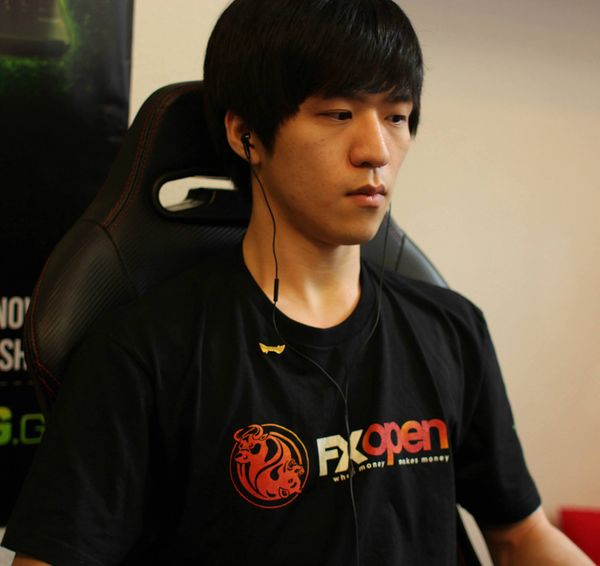 Seed is known for his smart play.

An example of his strong strategic play is his game against Hyperdub in the 2011 GSTL February in the match vs Old Generations. Hyperdub opted for the very popular at the time 1-rax Fast Expand. Seed expanded to another main base, and fooled his opponent into thinking that he was going for a 1-base all-in Immortal bust by using Hallucination to make a fake Immortal, when in fact, Seed did not even have a Robotics Facility. Hyperdub, of course, responded by making several bunkers and pulling several SCVs, thinking that if he could just hold the attack, he will win. Seed, having shown his Immortal to his opponent, made another Nexus at his natural this time. This gives Hyperdub the appearance that Seed gave up on his all-in and is simply expanding late, trying to catch up, when in fact, Seed had an economic advantage the whole time.

Another example of his smart play is his games in the 2012 GSL Season 1 Code A where he won some of his games by using unorthodox strategies, like Hallucination to fake teching to colossus, or opening with the at that time unpopular 3 gate expand.

Seed participates often in KSL events. He won KSL Week 3 Day 3, defeating all his opponents with the score 2-0.

Seed first participated in Code S during 2012 GSL Season 2, where he was placed in a group with SuperNova, Genius and BBoongBBoong. He ended up third in his group, winning only against BBoongBBoong with 3-4 in sets, dropping to Ro32 in Code A. After losing to Symbol in the Code A Ro32, he managed to qualify once again into Code S through the Up and Down matches, going 3-1 in his group, losing to MC, but then proceeding to win against Hack, Zenio, and Tree.

In the Ro32 of 2012 GSL Season 3 Code S, he went 2-1 in his group, with wins against Curious twice, but a loss to ByuN, advancing him into the Ro16. In the Ro16 he advanced from his group with 2-0, winning 2-1 against viOLet, and then 2-0 against TaeJa, advancing him to the Ro8. Seed faced Symbol in the Ro8. Symbol won the first 2 games, but Seed was able to come back and win the set 3-2, which advanced him to the Ro4. Seed's opponent in the Ro4 was ByuN, who he also managed to beat in a close 3-2 series. This earned Seed a spot in the finals of Code S for the first time in his StarCraft II career.

In the finals against MC, Seed appeared to be the heavy underdog in the match-up. Regardless, he gained a 3-0 lead and ultimately won with a score of 4-1, becoming the second Protoss GSL champion.

Seed made his debut for the team Incredible Miracle in 2011 GSTL February. He started in the match vs Old Generations, where he had an impressive performance, taking out such oGs players as Ensnare, TOP, and Hyperdub, before being stopped by MC.

On December 14, 2011, Seed participated in the KSL Daily Week 3 Day 3. Choya started off from the quarterfinals. Seed took down S and Terius in order to advance to the finals. In the finals, Seed defeated Life by a score of 2-0 and grabbed first place.

The first major Heart of the Swarm tournament that Seed participated in was the 2013 MLG Winter Championship. In the Showdowns he faced Sniper, who he defeated 3-1 to qualify for the main event. However, he fell in the first round to Rain. Later on in the Exhibition Matches, he lost 3-2 to MarineKing, and got knocked out of the tournament entirely.

On May 22, 2013 it was announced that Seed had joined team FXOpen. He seems to be staying in Korea, and is expected to play in team leagues as well as the local WCS.[1]

On June 3, 2013 Seed participated in the HomeStory Cup 7 Korean Qualifiers. There he went undefeated, beating DongRaeGu, sC, Creator, and Maru to qualify and win a paid trip to the Main Event where he was placed in Group G with TLO, Dragon, and Harstem. He managed to 2-0 Harstem and then Dragon to advance first out of his group. Moving on the next group stage he faced off first against ToD, who he beat 2-1. He was unable to beat Snute, but managed to advance second in his group after beating Happy. Advancing out of the second group into the final bracket, he was matched up against TaeJa, who beat him 3-0, knocking him out of the tournament in 8th place.

On June 26, 2013 Seed played in the WCS Korea Season 2 Qualifiers. He was seeded into Group D of the Evening Session. There, after receiving a BYE in the first round, he beat Cube, Organ, and SpeeD to qualify for the Challenger League. Seed would lose his opening series against defending premier league drop down Shine 2-0, knocking Seed out of challenger for Season 2.

On September 22, 2013 Seed played in the WCS Korea Season 3 Qualifiers. He was seeded into Group B3. There, he would receive a BYE in the first round before defeating KassiA 2-0, DeParture 2-0, and Organ 2-0 to once again qualify for challenger league. In challenger league he was placed in Bracket 1, where he was once again defeated 2-0 in his opening series, this time to Savage. This loss would send seed out of challenger league for season 3.

On January 8, 2014 Seed would play in the 2014 GSL Season 1 Qualifiers. He was placed in Group 8. He would receive a BYE in his first series and would go on to defeat KassiA 2-1, Sorry 2-1 and YongHwa 2-1, qualifying him for Code A. In Code A, he would be placed in Group L with Pet, Dark and Rogue. He was unable to defeat Pet in his opening series, losing 2-1. Things wouldn't go much better in his lower bracket match, where he lost 2-1 to Rogue, eliminating him from Code A for Season 1.

On March 26, 2014 Seed participated in the 2014 GSL Season 2 Qualifiers. Placed in Group 4, he would defeat Artist 2-0, Gamja 2-1 and KassiA 2-0 before falling in the winners bracket final to eMotion 2-1. In the losers bracket final, he would once again defeat KassiA, this time 2-1 to re-qualify for Code A. In Code A, Seed would be defeated in his opening series by Classic 2-0. In the lower bracket match against RorO he lost 2-0 and was once again ejected from Code A, for the fourth consecutive season.

On April 12, Seed would play in the Lone Star Clash 3 Qualifier. In the second qualifier he would beat ZergZingZing, Illusion, MajOr and Symbol, all 2-1. He would then defeat YongHwa 2-0 and Armani 2-1 to earn himself an all expenses paid trip to Lone Star Clash 3.

On May 3, At Lone Star Clash in Texas, Seed would be placed in Group 1 with Polt, Binski and CatZ. The heavy favorite in his opening match against Binski, he would succeed in winning 2-1. In the winners match against Polt he was unable to defeat the Terran, losing 2-0. His lower bracket final match would be a rematch against Binski, in this match he would once again defeat the American Terran player, 2-0 to advance to the quarterfinals. His opponent in the quarterfinals would be viOLet. In a close match, Seed would be defeated 3-2 by viOLet, knocking him out of the tournament.

On December 2, 2015, it was announced that Seed would be taking up a role as playing coach on MVP.[2]