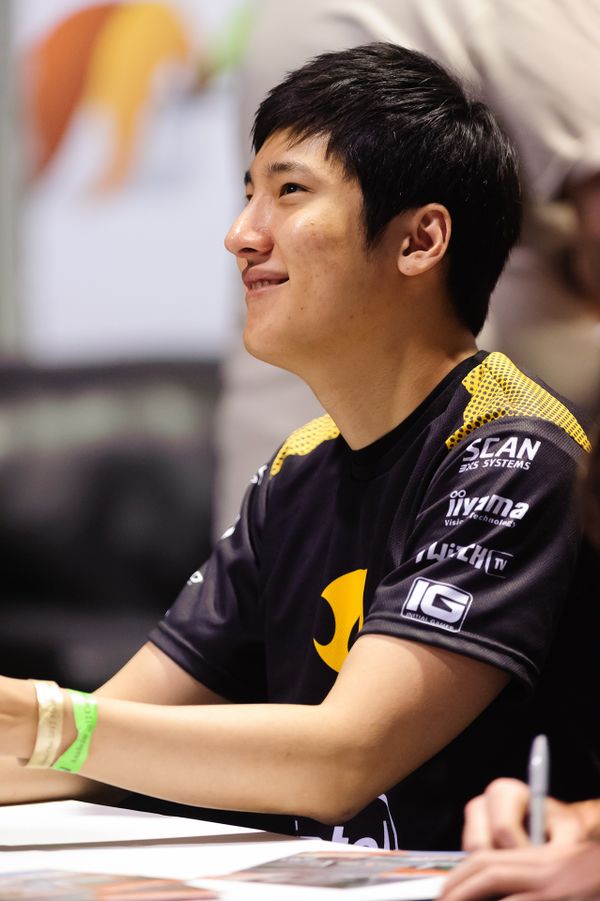 Kyung Hyun "SeleCT" Ryoo is a high level RTS player who first competed in both Warcraft III and Dawn of War. He found his greatest success in the latter, where he managed to become WCG champion twice. He later switched to StarCraft II, where he played Terran, before retiring to play DotA 2.[1]

SeleCT was the winner of the first two TeamLiquid open events, taking $300 from The Altitude TL Open and $100 from the TL SC2 Open #2.

His participation in the MLG Pro Circuit events has made him a very well known player in North America. Although he placed respectably in 7th place in MLG Raleigh 2010, it was in MLG D.C. 2010 where he rose to prominence. After being knocked into the loser's bracket by Tyler, he made a marathon run to take second place, playing 11 consecutive matches before falling to IdrA. He then placed 12th at the MLG Dallas 2010 national championships, eliminating iNkA from the loser's bracket. SeleCT's performance in all three events made him the highest ranking Terran player for the 2010 MLG Pro Circuit, and third overall.

SeleCT and HuK were the two North American representatives at Blizzcon 2010. SeleCT also traveled to Korea in November 2010 to participate in GSL Season 3, the last of the 3 open seasons. There, he made it to the final qualifying round, losing 1-2 to NaYa.[3]

Upon returning to North America, SeleCT placed highly in the FXO invitationals, taking a 2nd, 3rd, and 4th place finish in the three events he participated in. SeleCT would be announced in March, 2011, as one of the applicants chosen to play in the North American Star League. He went 7-2 in the season and placed second in his group, qualifying him for the grand finals. He would ultimately lose to MC in the Round of 8.

Due to his high performance in 2010, SeleCT would start out in the MLG Pro Circuit for 2011 in the pool play, avoiding the open bracket. He debuted with a notable 3rd place finish in Dallas. Disappointingly, SeleCT's subsequent performances in Columbus and Anaheim were lackluster as he would have difficulty retaining a top 20 finish. He noticeably struggled in the group stages where he dropped matches to the South Korean invites as well as pool regulars.

In August, 2011, SeleCT would be invited as part of the North American Battle.net Invitational. He ended up defeating TT1, Sheth, and HuK. This would become SeleCT's first major LAN victory of this caliber and he would take $10,000 and an invite to BlizzCon.

In that same month, SeleCT participated in MLG Raleigh. Starting in pool play, SeleCT went 4-1, dropping only a single series to the South Korean Zerg DongRaeGu. SeleCT would advance 2nd from his group but would lose his first Championship Bracket match 2-1, against legendary Brood War progamer NaDa. SeleCT was awarded a Code A seed for being one of the top 3 non-Koreans (that accepted the seed) in MLG and had his GSL debut in GSL October.

In GSL October, SeleCT managed to beat Alicia 2-0 in the first round before falling 0-2 to sC in the following round. If he plans on attending the next GSL, he will retain his Code A spot.

SeleCT's birthday coincided with the first day of BlizzCon 2011. He beat Nifi and DIMAGA in the upper bracket before going 1-2 against Mvp and falling to the lower bracket. On day two, SeleCT claimed that he still had his "Birthday Buff" from the day before, but ended up losing to Sen, 1-2.

On November, SeleCT took part in the ASUS ROG Stars Invite in Finland. He managed to defeat DIMAGA in a tied series in the first round, and later knocked-out the local crowd's favorite elfi in semifinals. He eventually lost to IdrA in final, therefore earning the 3.000 $ prize dedicated to the runner-up.

In the 2011 GSL November, SeleCT was knocked out of Code A after falling to Tassadar 0-2.

When the QPAD Red Pandas Dota 2 team failed to qualify for The International 3, he decided to move back to America and start playing StarCraft II again, in hopes of qualifying for the World Championship Series.[5]

On July 23, he returned to play for his former team, Dignitas.[6]

SeleCT participated in the WCS America Season 2 Challenger League Qualifiers just over a month after returning to StarCraft II. In the first qualifier he advanced to the semifinals by defeating Dragon, Tassadar, and XiGua but lost 2-0 to HyuN one round from advancement. He eventually made top 2 in the final qualifier by defeating BBoongBBoong, XiGua, and EliGE, which qualified him for WCS America Season 2 Challenger League.

SeleCT participated in the 2014 WCS America Season 1 American Qualifier on January 4, 2014. He was able to advance from his bracket in the first qualifier by defeating CatZ and advanced to WCS America 2014 Season 1 Challenger League.

In Challenger League, SeleCT was able to defeat qxc by a score of 3-1 and advanced into Premier League.

SeleCT was placed in Group H of Premier League along with Sen, puCK, and MacSed, he would play against United States player puCK, he would lose 0-2 meaning he is put into the losers match, in the losers match he would face Taiwanese player Sen, he would also lose against Sen with a score of 1-2 eliminating him from the group and Premier League this season. He awaits to play in the next season of WCS America Challenger League. 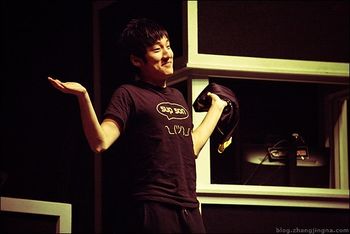