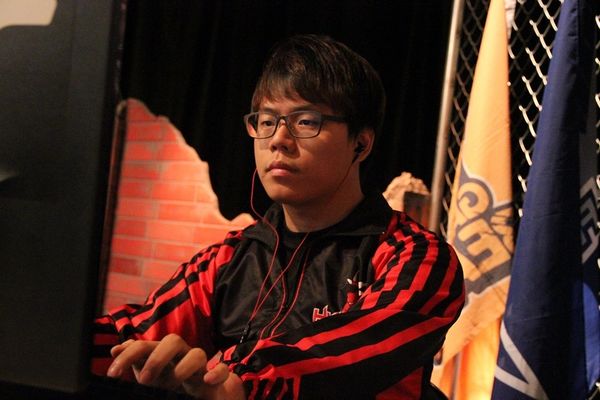 He was also a former Brood War player.

Sen has been one of the few Zergs to have consistently strong ZvT, even during the periods of Terran dominance. Sen can play almost any way he wants, as he seems equally comfortable with any tech, timing attacks (particularly in ZvZ), and harass-based play. However, he is probably most renowned in the foreigner community for his overwhelming macro. A long time practice partner of theirs, both Day[9] and Tasteless speak very highly of Sen, who seems to always have more stuff than his opponents can manage to produce.

Perhaps more so than any other foreign Zerg, Sen is the complete package and a difficult player to predict.

Sen formerly played Brood War as Taiwan's top player. He played for a long time and was a strong figure in the foreign scene for a long time. After taking a hiatus, Sen returned to competitive play and competed in the 2009 Pokerstrategy.com TSL where he eventually took third place after defeating IefNaij in the third-place match 3-2. During end of May and beginning of June 2011, Blizzard invited several reporters and well known players including Sen [1] to collect feedback on a prototype of Blizzard's upcoming expansion StarCraft II: Heart of the Swarm.

During May of 2016, Sen made the announcement to retire from the Starcraft 2 Professional scene [2].

Seen as one of the strongest Zerg players in the world, Sen gained fame in the late stages of the beta during the various Asia vs Europe and Asian World Cup events.

Sen is also credited with creating the 1 Base Muta (vs. Terran) build.

Sen participated in the MLG Dallas 2010 Pro Circuit National Championships where he was knocked to the losers bracket halfway through by the eventual tournament runner-up TT1, and then lost shortly after to Socke.[1] 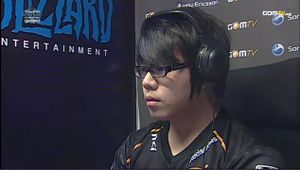 Sen playing in GSL Season 3 as a member of Fnatic.

Sen qualified with the likes of 4 other foreigners to play in the round of 64 for the 2010 Sony Ericsson Starcraft II Open Season 3. After some excellent defensive play in the round of 64 against oGsVines he then went on to face GSL Season 2 champion NesTea and lost 0-2. Although reaching the Round of 32 would allow Sen to be eligible to compete for a Code A position in 2011, he would decline. Sen would make a return to the Korea by competing for a spot in the 2011 GSL World Championship where he would take down xiaOt 2-1 in the preliminaries. He would ultimately lose to MarineKing in the bracket stage.

GOM announced on December 14 of 2011 that Sen had been invited to Code S for the 2012 GSL Season 1 along with IdrA.[2] Sen was classified as Tier 4 (Tier 1 gets to pick Tier 4 as opponents in a group) and was placed in group A. He only flew to Korea from Taiwan for a couple of days when he was scheduled to play. He lost to jjakji and BoxeR 0-2, therefore falling into Code A. He defeated True 2-1 in the round of 48 of Code A to advance to the next round and guaranteed himself a Code A spot in the following season. In the round of 32, Sen lost to Sniper 0-2. Although Sen qualified for the Up & Down matches for a chance to obtain Code S status, he forfeited his spot due to personal reasons.[3]

From November 7 to November 8, 2011, Sen participated in the IPL 4 Pacific Qualifiers. To start off the tournament, Sen was placed in Group A. After advancing through his group with a score of 3-0, Sen advanced in to the playoffs. In the playoffs, Sen was able to defeat InCa and MC and then advanced forward to face MarineKing. He lost to MarineKing by a score of 0-2 and fell in to the 3rd/4th place match. He was able to defeat FruitDealer in the 3rd/4th place match by a score of 2-0 and grabbed third place.

Sen would be seeded into the TeamLiquid StarLeague 3 where he defeated Fenix but lost to BoxeR, 2-3 in the following round. Sen was accepted to take part in the debut season of the NASL.

Sen showed an impressive run through the first season of the NASL, emerging with a total score of 7-2, taking decisive victories over IdrA, Zenio, Tyler, PainUser, MaNa, Drewbie, and Socke, but losing to both BoxeR and ClouD.[4][5]

In the NASL Season 1 Finals he beat Zenio again 2-1 utilizing heavy roach play—Sen would be the first foreigner to defeat a South Korean in the finals, upsetting the dominance of the South Korean players thus far. Advancing to the round of eight, Sen overcame fellow Zerg player DarKFoRcE 2-1. He advanced to play against MC as the last foreigner player, but lost in an extremely close five sets with a score of 2-3. He then defeated July 3-1 to take third place.

After NASL season 1, Sen participated in the Verizon SC2 Open SoCal LAN Tournament[6] on July 23 of 2011. He finished 1st, losing to IdrA in winner's bracket, defeating Axslav in loser's bracket final, and then eventually defeating IdrA in the Grand Final.

Sen has announced that he will take part in the Taiwan eSports League when his contract with Fnatic expired on August,[7] and then eventually joined the team Gama Bears.[8]

Sen later secured first place invitation to BlizzCon 2011 in 2011 Taiwanese Battle.net Invitational. There, he beat JazBas in the first round and then fell to NaNiwa, 0-2. After falling to the lower bracket, Sen went on a killing spree, taking down Ret, KiLLeR, SeleCT and NaNiwa in a rematch. In the loser's finals, Sen faced Mvp and lost 0-2 after losing in close-by-land spawning positions on The Shattered Temple, earned him 3rd place.

Sen helped Gama Bears to capture the StarCraft II Championship in Taiwan eSports League/2011-2012. He finished the season with a record of 61-9, with a 29 consecutive winning streak in between, later got the MVP for the season award from Taiwan eSports League. Sen also became the only person to win a match in the final of Asia StarCraft II Invitational Tournament against Monster, with the final result of 1-5, Taiwan Blue losing to MVP (team).

From June 13 to July 21, 2012, Sen participated in the World Championship Series 2012 Taiwan and was placed into Group C with Wins, Lin, and HRU. After he overcame Wins and Lin during the in his group and advanced 2-0, Sen took down Slam, Nilon, AK and then AK again in the finals with a score of 4-0.

On Oct. 14th, 2012, Sen participated in World Championship Series 2012 Asia Finals and finished at round 4, losing to HerO(jOin) in the winner's bracket and Creator in the loser's bracket.

On Nov. 18th, 2012, Sen became the highest placing non-Korean at the 2012 Battle.net World Championship, finishing at 4th. He defeated Grubby and KiLLeR in the group stage, quickly dispatched Curious 3-0, and narrowly defeated HerO in a comeback after losing game 2, game 3, and falling behind in game 4 early. He then lost to eventual winner PartinG, subsequently losing to Rain in the 3rd/4th place match.

Sen participated in the NASL Season 2. He finished the regular season with a 6-1 record, seeded 4th in the league. In the Season 2 Finals, he first defeated TT1, then advanced against Brat OK, but lost to HerO in the semifinal. Later, Sen did recover and took down ThorZaIN to finish 3rd for the second straight season.

Sen would also participate in NASL Season 3 as one of top seeds in Division 3, along with notable South Korean such as GanZi. On April 22 of 2012, Sen defeated ToD in a show match prepared by NASL Sunday Showdown 4:2, hosted at Irvine, CA. Later, he finished the regular season with 6-2 (13-8) record. His walk-over loss against HuK (some said he overslept) turned out to be a costly mistake, since he had to narrowly defeat Zenio to get into the playoff, then lost to Alicia 1-3 in the round of 16.

Sen participated in NASL Season 4, seeded in Division 5, along with notable players such as Stephano and MMA. He finished the season 6-2 (13-5), but lost in the round of 16.

Sen attended the 2013 MLG Winter Championship in Dallas. He went as far as the Round of 16, losing to PartinG.

Soon after, he's been invited to attend 2013 WCS Season 1 America Premier League, seeded in Group G. He reached the Round of 16 before falling to Challenger league. He later finished the season qualifying for Challenger league.

In 2013 WCS Season 2 America Challenger League, Sen defeated CranK in the bracket stage to advance to Premier league for the following season.

Back in Premier League, in 2013 WCS Season 3 America, Sen went as far as the Round of 16 before falling once again to Challenger League. Winning against MajOr 2-0, he qualified for following season's Premier League.

On February 1, 2014, Sen was announced as a member of Hong Kong Attitude.[9] During August of the same year, Sen was finally able to win the Premier tournament 2014 Taiwan Open by defeating Cheetos, Bomber, Has, and HyuN. The last time a non-Korean won a Premier tournament was HomeStory Cup VI in 2012.

During LotV, Sen expressed his tiredness. In Starcraft League 2015‎, as a player loaned by yoe Flash Wolves in order to replace inactive Ian, he had an 0-4 record. He has also lost in many opportunities to participate in main events of Premier Tournaments as the best player in Taiwan, Hong Kong and Macao.