Sensor Tower (Legacy of the Void)

This article covers the current multiplayer version of this building. For another version see Sensor Tower (Wings of Liberty and Heart of the Swarm). 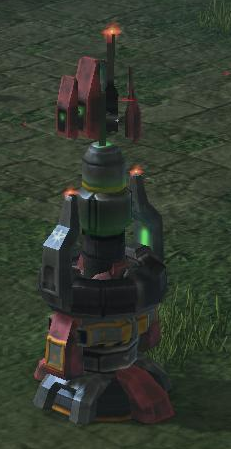 The Sensor Tower senses - but does not detect - any approaching uncloaked, unburrowed enemy units and displays them as red exclamation marks in the fog of war. An opponent can see the Sensor Tower's radius as a circle on their minimap.

The Sensor Tower can be very useful on certain maps, such as Scrap Station and Antiga Shipyard because it can detect drops early and also warn of imminent Mutalisk harassment and allow the player time to move their forces to defend.

The Sensor Tower does not give units such as tanks with larger range than their vision the ability to fire on sensed targets.