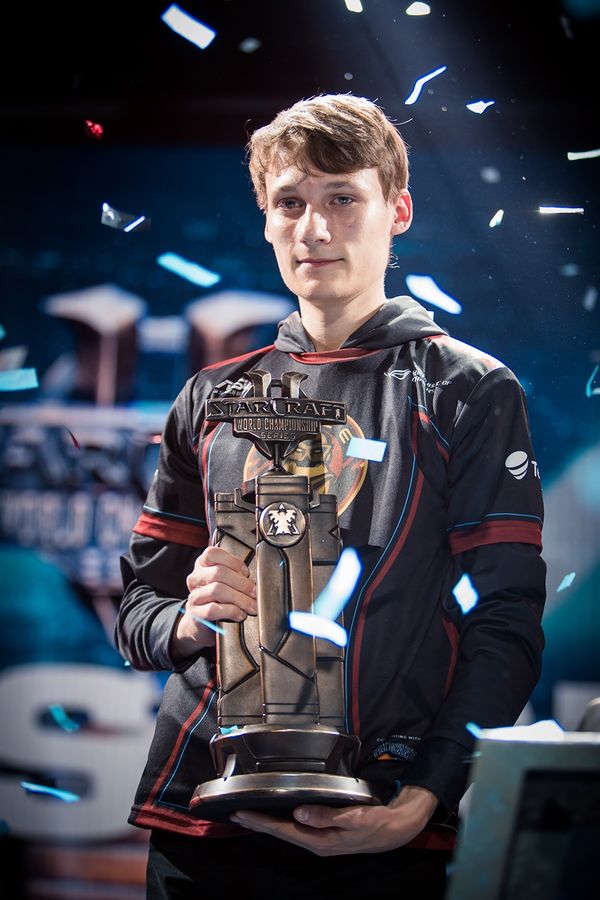 Joona "Serral" Sotala is a Zerg player from Finland. He is currently playing for Ence eSports.

Although Serral has kept a relatively low profile, he has had some appearances in major tournaments. Serral participated Copenhagen Games Spring 2012 in April, 2012. He was in the same group with StarNaN, Joe and Buddha and managed to advance to the main bracket by placing 2nd in his group by only dropping two games against the group winner, StarNaN. In the main bracket Serral was put up against Seiplo, who defeated Serral by a score of 2-1.

On July 28, 2012, Serral participated in the World Championship Series 2012 Finland event. He was one of the eight players to qualify for the event through Vectorama 2012. Serral lost against Welmu in round 1 and fell into the losers bracket where he managaed to beat grim and Winsti, but failing to defeat elfi in round 3. Serral finished 7th/8th along with core, winning $200.

On April 23, 2013, it was announced that Serral had joined Ence eSports. He became the second StarCraft II player in their roster, along with elfi, who became, according to the team, his personal mentor.[1]

Serral made an impressive run at 2013 DreamHack Open: Bucharest on September 14, 2013. After topping his 3-player group in the first group stage, he played against SuperNova, pal, and TargA in the second group stage. His match against SuperNova was not originally planned to be featured, however due to delays to the DIMAGA vs. Flash series, it was casted on the main stream. Despite losing the series 0-2, his performance was impressive regardless and was mentioned in the TL.net tournament recap.[2] After defeating pal and TargA 2-0 each, he advanced to the third group stage to play against three notable Koreans, Jaedong, CranK, and ForGG. After winning only a single game in the group against Jaedong, Serral was eliminated before reaching the bracket stage.

Serral played at Assembly Winter 2016, and proceeded to the finals without dropping a single map. In the grand finals he played against Namshar and took the series 4-2.

On October 4, Serral transferred to Ence eSports from mYinsanity.

On October 20, Serral took part in the first Take's Penthouse Party, a smaller version of the popular HomeStory Cup tournaments. Serral cruised through the winners' bracket, facing off against HeRoMaRinE in the finals. The Finnish Zerg took down the German Terran player 4-1, earning Serral a lion's share of the $4,350 prize pool.

In January, Serral qualified for the IEM Season XI - World Championship. In the final qualifiers he dropped down to the losers' bracket in the first round, but was able to hold on, eventually defeating Elazer 3-0 to qualify for the main event. At the Spodek Arena, Serral topped his group with a 4-1 match score, making his way to the quarterfinals. There he met Dark and lost 0-3, ending his run.

Having qualified for WCS Jönköping, Serral started out directly in the third group stage. He topped his group with a map score of 4-1, taking down MaNa and Scarlett. He made his way from the Ro16 all the way to the grand finals, defeating Stephano, PtitDrogo and Elazer, and dropping only a single map on the way. In the finals he met the North American Protoss Neeb. The two had met less than two months prior at the WCS Austin quarterfinals, where Neeb had been the victor with a 3-1 score. The two traded blows, taking the series all the way to the last map but in the end it was Neeb who emerged victorious from game 7. With a 3-4 loss, Serral had make do with a silver medal. The second place finish would also eventually prove to be his best WCS result of the year.

On September 30, Serral played in TaKe's Penthouse Party 3. He went 2-1 in his group, earning a spot in the quarterfinals. In the playoffs, he defeated Kelazhur, Solar and Harstem on his way to the finals, where he met Solar again. The Splyce Zerg player defeated Serral 4-1 in the rematch.

Serral qualified for the 2017 WCS Global Finals in third place, with 4730 WCS Points. It was his first ever Global Finals appearance. He was placed in Group D with INnoVation, GuMiho and TRUE. He lost two matches against GuMiho, 0-2 and 1-2 respectively, but won his match against TRUE 2-0. With the loss in the decider match against GuMiho, he was unable to advance from the Global Playoffs and didn't play on the BlizzCon stage.

Following BlizzCon, Serral participated in the WESG qualifier in Barcelona. Serral placed second in his group, his only loss against ShoWTimE. He was able to advance from the Ro12 against Majestic, and took down uThermal in the quarterfinals. Following a quick 3-0 semifinal victory against Elazer, Serral met Nerchio in the finals. He defeated the Polish Zerg player with a 4-0 clean sweep, earning himself both his first offline victory of 2017 and his largest prize pool yet.

Starting the year, Serral participated in the WCS Leipzig qualifier. Because the tournament organizer had inadvertently drawn up the brackets wrong, Serral at first thought he had qualified for the main event. After the admins caught the issue, Serral, along with the other players in the playoffs, was forced to play his matches again. In the revised bracket, he took down Harstem 3-0, followed by defeating Nerchio likewise 3-0. In the finals he met Elazer, and the Polish Zerg player was able to finally stop Serral's run. Nevertheless, Serral held on to his qualification spot for Leipzig.

At Leipzig proper, Serral started out in the third group stage. An all-Zerg group, he took down Stephano and Namshar to advance to the round-of-16. Once in the playoffs, he was able to advance to the grand finals by taking down MaSa, Nerchio and SpeCial, only losing a single map on the way. In the finals he met ShoWTimE, the German hometown favorite. Serral first took the series to 3-0, with ShoWTimE not able to keep up in the longer macro games. On match point, Serral moved to more aggressive openings, trying to catch the German Protoss off-guard. Much to Serral's chagrin, ShoWTimE was able to hold fast against the Zerg aggression for two games in a row, bringing the score to 3-2. In the sixth map, Serral was able to finally close out the series, winning his first ever Premier title and a guaranteed spot to BlizzCon 2018.

Having qualified for IEM Pyeongchang in December 2017, Serral was placed against the Colombian Zerg eGGz in the bracket. The Finn won his first match in a clean sweep 3-0, and advanced to play against Scarlett. The Canadian Zerg player was able to turn the tables on Serral, taking the series 3-1 and ending Serral's Pyeongchang run in the quarterfinals.

At IEM Katowice Serral participated in the offline qualifiers in the Ro76. He played in Bracket #2 on the first day. He plowed through his bracket, winning three matches in a row, and ensuring himself a spot in the main group stage of the tournament. There he played five matches in Group C. Serral took down Rogue, Impact, Neeb, Zest and Nerchio in a row, only losing two maps on the way, and securing his spot in the quarterfinals. Facing Trap for the semifinals spot, Serral lost the first two games, but clawed his way back from the 0-2 position to win the series 3-2.

On championship Sunday, Serral was pitted against Classic in the Ro4. The Protoss opened the first game with a strong unscouted charge-zealot push, catching Serral wholly unprepared. In the second game it was Serral who opted for an all-in, flooding zerglings into Classic's base. The Protoss was not fazed, however, and with a strong build and a good defense, was able to repel Serral's attacks. The third game was slightly longer than the first two, but in the end Classic's stronger tech was able to overcome Serral's lurker-heavy style. With a 0-3 result, Serral was unable to advance past the semifinals.

Nine days after IEM Serral took part in the WESG 2017 tournament. In group stages 1 and 2 he would face notable non-Koreans such as ShoWTimE, Elazer and Bly, but Serral would not drop a single map in the six series he played before playoffs. After going 15-0 Serral was seeded to play against Neeb in the quarterfinals. The beginning of the first two games started out strong for the protoss opponent, but Serral managed to crawl back into the games with his harassment that kept Neeb on his own side of the map. Serral would then finish off the series with ling aggression to take himself to play against Maru, who had only dropped one game before facing Serral. In their lengthy series against each other the top terran 3-0'd Serral with great usage of ravens and ghosts being a noticeable part of it. As a result Serral faced Classic in the 3rd-place match, where after the rocky start he was able to take revenge from their IEM series. In games two and three using the hydra-lurker composition, and then starving out the protoss eventually in late game in the fourth and final match.