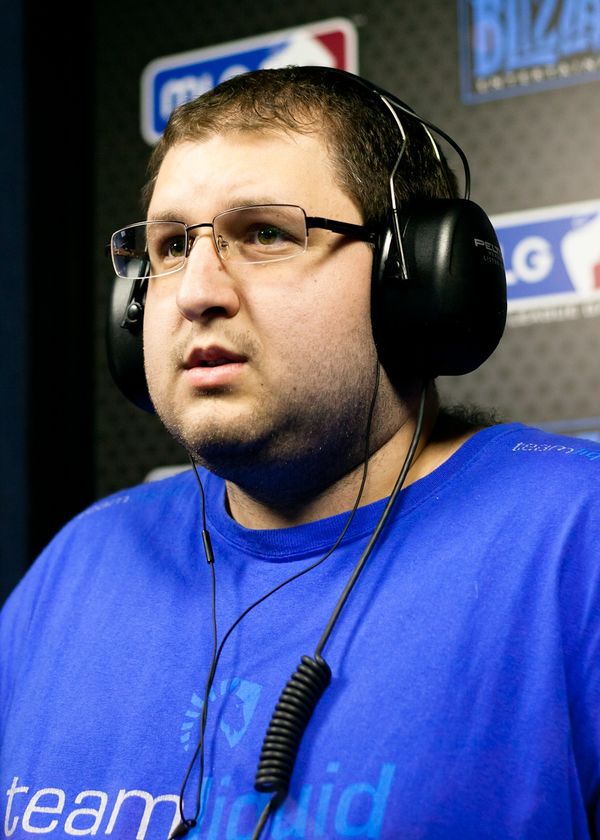 He enjoyed success in early beta and was active in theory crafting in SC2.

Sheth was a fairly well known Brood War player under the id "ChOseN". He switched names to Sheth for SC2. He played in many leagues and tournaments for Brood War and he played for teams such as MYM, Excello, and LighT.

Sheth is currently known for his stream as he commentates while he ladders. He is a very decision oriented macro-style player, often expressing guilt when using cheese. The latter may be due to the fact that Sheth is (according to the community) one of the nicest people in the StarCraft II community.

Sheth had a successful beta period winning many events and tournaments with his macro style. He experienced success in the GosuCoaching Weekly events and was also credited with popularising the Speedling Expand build. Sheth has also been featured frequently on the ICCup TV League and had been crowned champion of the last event, beating HuK 3-0.[1]

Sheth continued into launch with successful results, starting off with another win in the first Launch edition of the GosuCoaching Weekly.

Sheth was one of the 50 players invited to participate in the North American Starleague. Where he entered the playoffs after taking second in his group (7-2) after two months of play. He would enter the Main Tournament, but lose 0-2 to Squirtle in the first round.

After returning from Korea it was announced on July 22, 2011 that Sheth parted ways with FXO,[2] with team owner BoSs citing differences in direction. A week later, Sheth joined Team Liquid.[3] Although Sheth had some minor successes, his first significant career win would be at the 2011 North American Battle.net Invitational where he would come in second place to SeleCT after defeating players such as IdrA and HuK. This would be enough to secure $5,000 and an invite to BlizzCon 2011. With Team Liquid he had a first significant success in the IPL Team Arena against Fnatic by defeating TT1, Rain, NightEnD and KawaiiRice one after another, after he got defeated by ToD.[4]

Sheth played at Blizzcon 2011 where he knocked out Loner in the first round before falling to NesTea in the following round. He was then knocked out in his first match against KiLLeR in the lower bracket.

Sheth has had some success with the IPL Fight Club showmatch series. He was an inaugural player for the event, knocking out White-Ra, KiWiKaKi, and Ryung before falling to GanZi.

After Columbus, Sheth went with FXO to Korea, where he was granted a Code A slot as well as participated with FXO in the GSTL. In Code A, he defeated San 2-1 in a close series, therefore allowing him to keep his Code A spot. However, after he flew back to the United States for the NASL Grand Finals, he decided that Korea was not for him, and elected to stay in the States.[5]

Sheth competed in MLG Dallas 2011 here he went through the open bracket and made it to the championship bracket where he beat KawaiiRice, dde and qxc before being defeated 2-0 by HuK. He ended up finishing in 17th place. This was enough to allow him to be seeded into pool play for MLG Columbus. There he would finish in 14th place after losing to the South Koreans July, 1-2, and MMA, 0-2.

At 2011 MLG Pro Circuit/Anaheim, Sheth was placed into Pool B against such players as IdrA, BoxeR, iNcontroL, SjoW and later CrunCher from the open bracket. He ended up with a modest score of 2-3 and went on to play in the Championship Bracket, defeating TLO 2-0 only to have his run ended by NaNiwa 0-2. Sheth ended up placing 13th in the tournament.[6]

Sheth also played at MLG Orlando where he was seeded into Pool B of pool play. He went 2-3 in his group to secure fourth place in the group. He would lose in the first round of the Championship Bracket to Polt, 0-2. He would finish 17th in the tournament's end.[7]

He went through open bracket 4 at MLG Providence. After beating MajOr in the semifinals of his bracket he had to play against his teammate, HerO in the finals. He lost 1-2 and thus had to play in the championship losers' bracket, where he was surprisingly defeated by vile player Illusion 1-2, ending his tournament run. Sheth finished 25th overall.

Sheth was announced as one of the invited players to DreamHack Winter 2011. In group stage #1, he was placed in group K. He qualified to the next group stage by defeating MoMaN 2-1, Fuzer 2-0 but lost to ToD 1-2. He was then placed in group B, where he qualified for the playoff by beating Stephano 2-0, ClouD 2-0 but lost to NaNiwa 1-2. In the playoff round of 16, he had to play against his teammate HerO who eliminated him from the tournament 0-2.

From August 20 to August 21, 2011, Sheth participated in the IPL Season 3 Qualifier 1 Sheth started off from the Round of 64. Sheth defeated abyssdra, KiWiKaKi, Agh, and TT1, in order to advance in to the semifinals to face HerO. He wasn't able to defeat HerO and fell down to the 3rd/4th place match. He was able to defeat qxc by a score of 2-0 in the 3rd/4th place match and took third place.

On November 5, 2011, Sheth was invited to participate in the IPL Fight Club. His first opponent was White-Ra. Sheth defeated White-Ra by a score of 5-3 and took his rightful seat at top of the throne.

On November 12, 2011, Sheth faced his next opponent for the IPL Fight Club, Ryung. Sheth defeated Ryung by a score of 5-2 and remained at the top of the throne.

On December 3, 2011, Sheth's faced his next opponent for the IPL Fight Club, KiWiKaKi. Sheth defeated KiWiKaKi by a score of 5-2 and remained at the top of the throne.

On December 10, 2011, Sheth faced his next opponent for the IPL Fight Club, GanZi. This was where his streak ended as he lost to GanZi by a score of 3-5 and allowed GanZi to overthrow him.