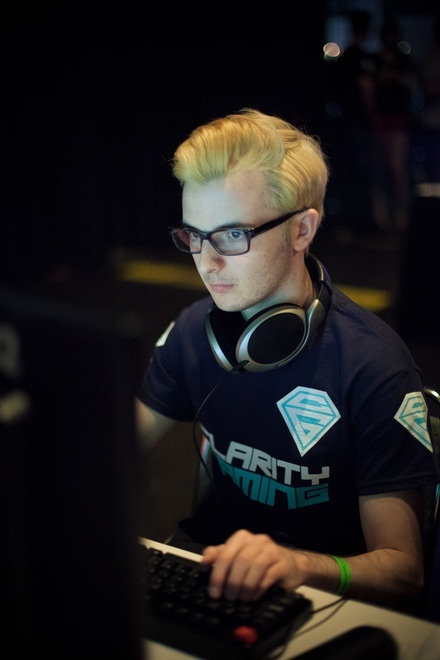 He has consistently been a top North American Grandmaster, reaching within the top 20 players on numerous occasions. However, his most notable quality is his consistency in attending all major US tournaments. He currently works for Twitch and plays for New York University's CSL Team.[1]

Shew started his StarCraft II career as member of Lazarus Gaming, later joining Team Clash after LG's dissolution. When Team Clash merged with Back2Back Gaming, Shew was reacquired by the new team. After Back2Back, he helped to form Clarity Gaming, which also sparked his decision to take a year off school to pursue professional StarCraft II as a career. His first notable tournament was at MLG Providence in 2011, where he narrowly missed the top 32. He attended every MLG in 2012, netting a Top 50 placing in Columbus, Raleigh and Dallas, while also placing well in several local tournaments. He has taken a 3rd place finish in the PC Arena Fullerton, as well as placing 4th in both CyberCraft LAN 2.0 and Sith Lords tournaments. He has also had top 8 placings in the first Cybercraft LAN and the Green Forest Inaugural Tournament.

While in Clarity Gaming Shew continued to train with world class players such as KiLLeR in the Clarity Gaming Training Facility anticipating the MLG Spring Championships in Anaheim, California. Remaining one of the top 50 Grandmasters in North America, he aims to have a true breakout tournament this year.