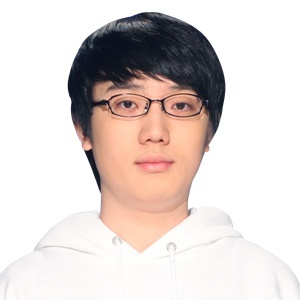 Shine played for the team For Our Utopia (which was subsequently acquired by FXOpen eSports) before joining the Team SCV Life. He was left teamless following the disbanding of TSL.[1]

Shine participates often in the ESV TV Korean Weekly events. The most impressive showing he made in the Korean Weekly 11 where he managed to take out MC 2-0 in the Round of 16.

Shine took part in the Iron Squid – Chapter I Qualifier #1 where he lost only in the final to his teammate Symbol. During the tournament Shine won over such players as SjoW, Daisy and BBoongBBoong.

Shine tries to qualify for GSL Code A.

Shine qualified for 2012 Global StarCraft II League Season 3 defeating foreign fan favourite TLO in the finals, he will make his GSL debut in the code A tournament.

In 2012 Shine made his debut for the Team SCV Life in the 2012 GSTL Season 1 in the match vs Incredible Miracle where he lost to YoDa in the 1st set. He also played in the match vs New Star HoSeo where he won over Sculp in the 5th set before losing to Sage in the 6th.

Shine took part in the WCG Korea Qualifiers where he lost to Sleep in the semifinals of Qualifier Round 1.