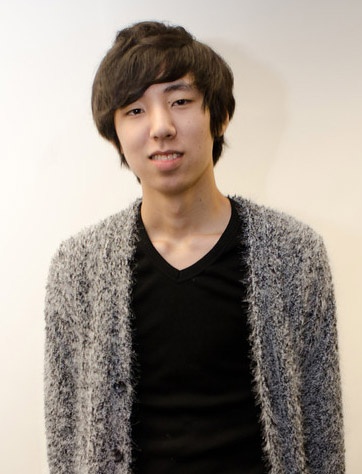 Sleep made his first GSL appearance in Open Season 3, where he lost in the Round of 32 to Maka. Recently he has made a comeback into the spotlight by qualifying for IGN Proleague Season 3 in the first qualifier. At the finals, he would make it the Round of 16 before being eliminated by his teammate MMA. On 30 October 2011, he announced on his Twitter that he had left SlayerS and was looking for a foreign team.[1] On 26 January 2012, it was announced that Sleep has signed with the American team CheckSix Gaming and will be moving to a CheckSix house in Southern California, in February.[2]

He reached the finals of his group in the GSL January 2012 Code A preliminaries, but was defeated 0-2 by AnNyeong.

On 21 December 2011, Sleep participated in the ZOTAC Cup Monthly Final November. He was able to take down Satiini but then got stopped immediately by GoOdy and fell to the 3rd/4th place match. He was able to save face and win 3rd place by defeating roof with a score of 2-1.

Sleep recently made a strong run through IGN ProLeague Season 4/Online Qualifier 2 defeating iNkA 2-0, Heart 2-1, and viOLet 2-1, finally ending his run in a 1-2 close loss to Bomber, who went on to qualify.

At the Lone Star Clash, Sleep fell unexpectedly and early in the first round to iNcontroL, but was seemingly reinvigorated thereafter, tearing through the Loser's Brackets and eliminating NonY, State, BlinG, White-Ra, and Grubby. Sleep took home 3rd place, losing to Polt in the Loser's Finals.

On 13 July 2012, CheckSix announced that Sleep had parted ways with the team.[3]

From 20 to 21 August 2011, Sleep participated in the IPL Season 3 Qualifier 1 Sleep started off from the Round of 64. Sleep defeated abruxin, Ryung, CatZ, MorroW, and qxc, in order to advance in to the finals to face HerO. He was not able to defeat HerO and ended up taking second place after losing by a score of 1-2.

On 26 May 2012, Sleep participated in the IPL 5 North American Regional Qualifiers. Sleep received a BYE in round one, and then went on to take down Honeybear, Destiny, Theognis, Axslav and then went on to advance in to the finals to face DeMusliM. In the finals, Sleep defeated DeMusliM by a score of 2-0 and was able to take first place. His first-place finish qualified him for the IGN ProLeague Season 5.

On 4 June 2012, Sleep was invited to participate in the IPL Fight Club. His first opponent was Creator. His debut was cut short as he was knocked out in his very first match up by a score of 1-5, and was not able to dethrone Creator.