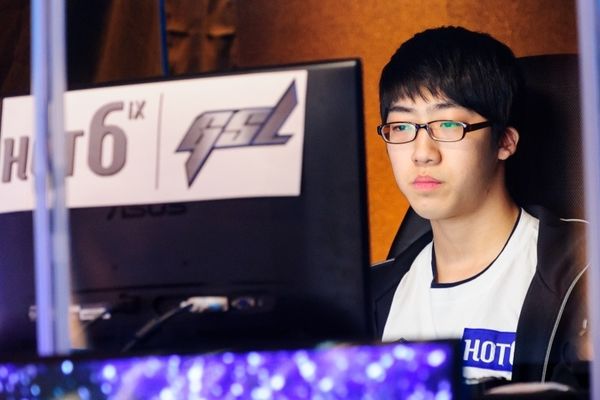 Sniper retired from StarCraft II in 2014.[1] He is one of 'The Forgotten Champions of Code S', having won the 2012 Season 5 by defeating HyuN in a close finals. He now plays Heroes of the Storm professionally.

In the GSL October Code A Sniper lost to Curious 2-0 in the Round of 32 and was eliminated from the tournament.

In 2011 Sniper managed to qualify for the WCG Korea 2011 National Finals where he lost to TaeJa and NesTea and finished 4th in his group.

In GSL Season 2 Code A, Sniper defeated Avenge 2-0, Curious 2-0 and Bomber 2-1, earning him a spot in GSL Season 3 Code S - Group E where he will face SuperNova in the first match.

After two consecutive Code S Round of 32 finishes Sniper rose to fame by winning 2012 Global StarCraft II League Season 5. He beat HyuN 4-3 in finals which were held in Las Vegas in conjunction with IGN ProLeague Season 5.

On July 22, 2012, Sniper participated in the 2012 South Korea WCS Preliminaries. He received a BYE in round one and then took down 김지성, Ares, Flash, and faced Puzzle in the finals. He was not able to advance any further as he lost to Puzzle by a score of 0:2 and took 2nd place.