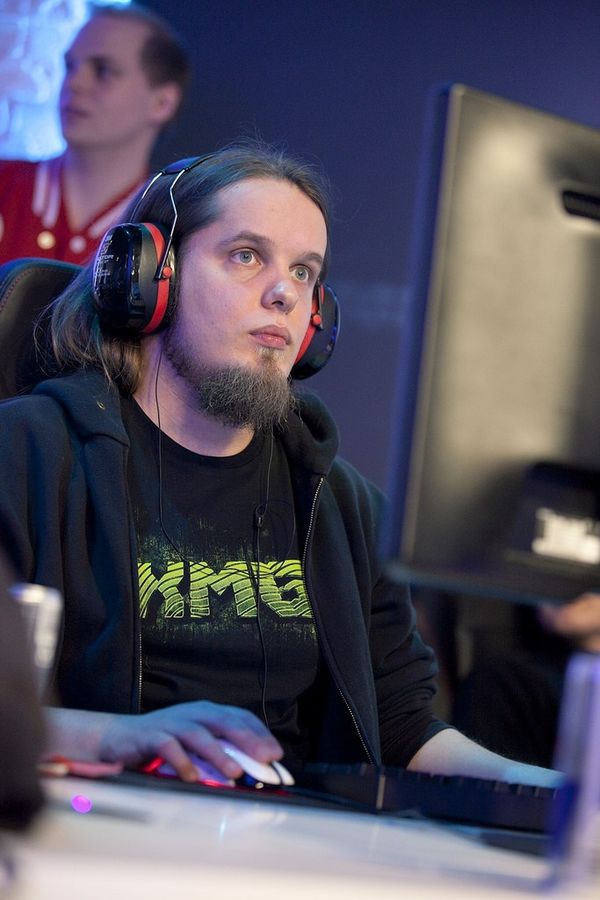 Socke was one of the players representing Germany's StarCraft: Brood War team in WCG 2002 in Korea.

Despite only winning one event during the beta, Socke gained prominence due to his consistent high placings in the Go4SC2 cups. His count of 1 first, 4 second and 2 third-place performances starting from the very first cup made players start to take notice. He also made it to the final game in ZOTAC Cup #15 before losing to Swedish Terran MorroW.

On top of his impressive online performance, Socke also traveled to the USA to play at the MLG Raleigh tournament in Raleigh, North Carolina. He got knocked down into the lower bracket rather early by Drewbie in the third round, but then stormed through the second bracket to make the lower bracket finals where he faced off against KiWiKaKi. He ended up losing the match 0-2, but placed 3rd in the event and traveled home with his $1000 prize.

Socke's most notable victory in 2010 was his gold medal at ESL Pro Series Germany. After coming in third place in the regular season, Socke went through the live event bracket, eventually defeating ClouD in the grand final in a quick 2-0 fashion. Socke then successfully qualified for the IEM Season V - European Championships in Kiev, Ukraine. He narrowly made is out of his group thanks to his head-to-head advantage over his at 2-3 tied opponent SarenS. The next day he was knocked out 0-3 in his first match by Tarson, eventually finishing 5th in the tournament, just shy of qualifying for the World Championships.

DeMusliM who placed 3rd at IEM Kiev couldn't make it to the World Championships in Hanover due to an injury, and being the next in line, Socke received his spot. The tournament seemed to be already over for him after starting with 0-3 in his group. Miraculously the group finished with a 3-way tie between him, SjoW and Squirtle. It needed an incredible amount of 4 tiebreaker series to determine the winner, who turned out to be the South Korean Protoss Squirtle.

Socke also participated in SteelSeries StarCraft II Challenge during Assembly Winter 2011, knocking out both HuK and Tyler, but losing against MorroW in the semifinal and finishing in fourth place after losing to Adelscott despite a 2-0 lead in the third place play-off.

Due to his decent showings in 2010, Socke qualified for the pool play at MLG Dallas 2011. After placing 3rd in his pool, he went through HayprO, SjoW and mOoNan in the championship bracket, ultimately being stopped by his MLG nemesis KiWiKaKi who therefore knocked him out of all 3 MLGs Socke attended so far.

Socke continued his ESL Pro Series success in 2011 by taking down HasuObs 3-1 in the EPS' Season 18 Finals.

At the end of July, Socke attended his second MLG this year, which took place in Anaheim. After going 2-9 in maps in pool play he eventually finished 15th and afterwards summarized the tournament as the most disappointing yet in his StarCraft II career.[1] Things turned out a lot better at Gamescom 2011 in Cologne, where Socke qualified for WCG 2011 in Busan by finishing 2nd in the German WCG qualifier. He also reached a 4th-place finish at the IEM Global Challenge, taking down a $1,250 prize.

Socke was initially supposed to participate in MLG Orlando but could not make it, therefore being replaced by the next highest seed.[2] He however participated in the IGN ProLeague Season 3 one week earlier where he qualified via the open bracket. The next day his main tournament life was short-lived losing to Ryung 0-2 in the first round of the bracket.

While international events may not always go as well as planned, he remained dominant in the domestic scene with his third consecutive EPS victory on December 4, this time taking down GoOdy in the finals. 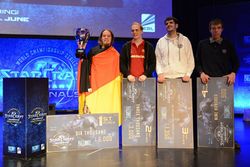 In early 2012 Socke qualified for pool play of the 2012 MLG Winter Championship by defeating Merz and DdoRo but losing to HuK and GanZi in the Winter Arena. Although he got last in his group with a 1-4 score he made an impressing run through the lower Championship bracket by defeating PuMa, DeMusliM, CrazymoviNG and TheStC before falling again in an extended series 4:1 to HuK which led to an 11th-place finish.

He qualified again for the second MLG Spring Arena 2. By defeating IdrA and ThorZaIN but falling to Symbol and DongRaeGu he managed to secure a spot in the upcoming MLG Spring Championship pool play.

Although he couldn't keep his dominance in the German EPS, where he lost to ClouD in the quarterfinals of the Spring Season 2012, he displayed once again that he is still one of the strongest German players by defeating players like DarKFoRcE and HasuObs in the German WCS Qualifier and taking first place of the whole event, therefore qualifying for both the European Finals and Global Finals.

At the European Finals, he finished 9-12th place after losing to LucifroN and Happy. Having qualified directly for the finals due his victory in the German Nationals, Socke got placed in a group with PartinG, Illusion and Fenix. Here he suffered two 2:0 losses, to PartinG and Fenix respectively, knocking him out of the tournament.

Socke's new year started with a successful run at the IEM Season VII - Katowice tournament in mid January where he replaced Stephano, who was unable to attend due to his Proleague commitment.[3] He convincingly topped his group, that included players like YoDa and Nerchio, with a clean 5-0 record. Socke advanced to the quarterfinals, where he edged out a 3-2 win over Kas in a very hard-fought series. His run then concluded with a clear loss to First in the semifinals, winning him $1,700. This performance also secured him a spot in the IEM Season VII - World Championship, which makes him the only player who qualified for all three IEM World Championships so far. He was invited to the 2013 WCS Season 1 Europe Premier League.