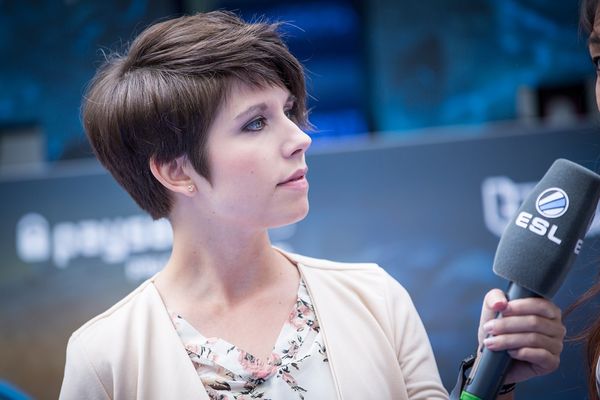 Salome Soe Gschwind Penski (born in Basel, Switzerland on September 16, 1988) is a Swiss Commentator and Moderator commentating for the Overwatch League.

Soe is well known within esports and has attended events such as BlizzCon, The StarCraft II World Championship Series, Gamescom, IFA, E3, World Cyber Games and The International to name but a few, as a host and commentator in either English or German. Soe was also the presenter and mastermind behind "Soe's Corner", an informative and fun segment run during NASL Season 3. The show combines her two biggest passions, showcasing her artistic abilities and providing fundamental StarCraft II know-how.

Videos of some of Soe's artwork are available on her Youtube channel. Her channel is home to speed-drawings, engravings, sculptures and work within other media, usually with a gaming-related twist, and very often with a StarCraft II theme. A more comprehensive collection of Soe's sketches, paintings and other artwork is available on her Facebook page.

Soe's e-sports career began with shoutcasting beat-em-ups, Bloody Roar. She then moved on to shoutcast Quake Live, and continues to be involved with that scene. Soe has since broadened her area of expertise and alongside many other titles began working with World of Warcraft and StarCraft II. Due to her commitment to adaptability and her ongoing involvement with a myriad of games, Soe has not been able to focus exclusively on StarCraft II or any other game in particular.

At the end of 2013 she decided to get more involved with one of her companies (Freaks 4U Gaming) projects, joinDOTA. She has since then shifted her focus heavily onto Dota 2, hosting events and creating shows for the project such as X Marks the News and Items of Interest which she is hosting with her co-worker Austin 'Capitalist' Walsh.

In July 2015, Soe started hosting an eSports show on German television alongside 3 of her German-speaking colleagues from Freaks 4U Gaming. The show can be watched live on the German television channels NRW TV as well as rheinmaintv from Monday to Friday. 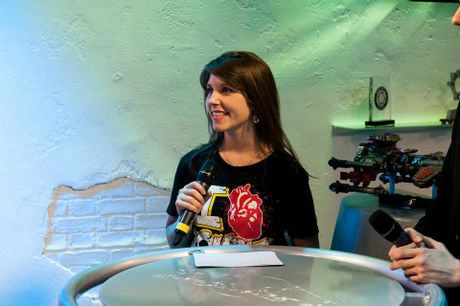 A list of the games Soe has worked with over the years, in alphabetical order.