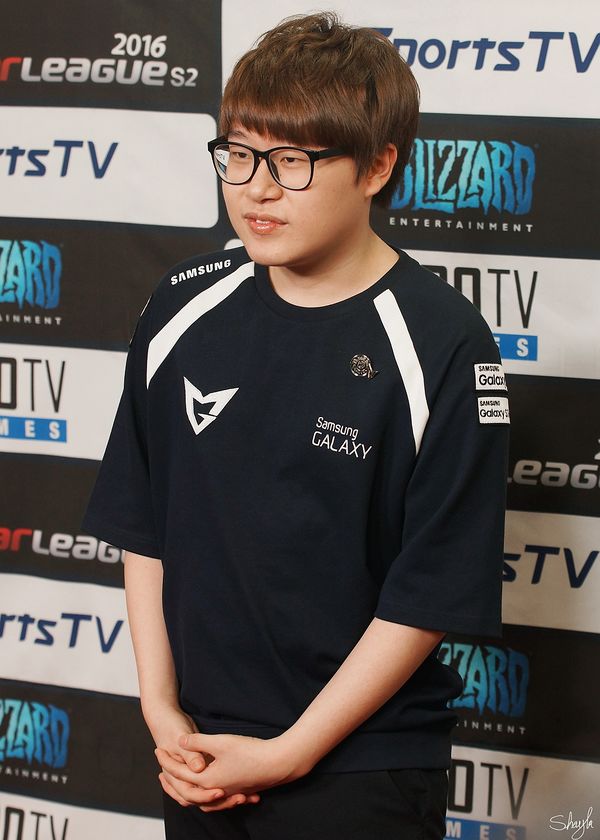 Kang "Solar" Min-soo (born May 9, 1996) is a Korean Zerg player who is currently playing for KaiZi Gaming.

Solar was ranked 13th on the KeSPA Rookie League Ranking before the first Rookie Draft of 2012,[1] where he was picked up by Samsung KHAN along with Beach and BigTiger.[2]

Solar was registered for Round 2 of the 2012-2013 Proleague.[3] He played his first game in Proleague on January 14, 2013 where he led off against team EG-Liquid, where he won against Stephano, though he lost to HerO in his second match.

Solar first qualified for the GSL Code S in the 2014 Global StarCraft II League Season 1, where he fell in the first group stage twice against Rain.

Solar's first non-Korean tournament appearance was at ASUS ROG Winter 2014 on January 31, 2014. After defeating Naama and BabyKnight in the first group stage, he lost to Jaedong and Life in the second group stage to fall out of the tournament.

In the 2014 Global StarCraft II League Season 2, Solar reached the quarterfinals after defeating SuperNova, ByuL, Rain, and ParalyzE in the group stages. He lost 0-3 to eventual finalist soO.

At IEM Season IX - Shenzhen on July 16, 2014, Solar was seeded into the group stage after qualifying through the Asian Final Qualfiier. He defeated HerO, lost to Jaedong, then defeated HerO again to reach the bracket stage. After winning 3-0 against both INnoVation and Jim, he Solar narrowly lost 3-4 against TaeJa in the finals. 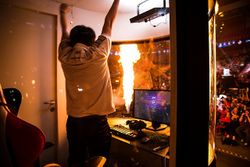 In the 2014 Global StarCraft II League Season 3, Solar reached the quarterfinals again, losing to Flash and Rain while defeating Avenge, Dark, and sOs twice to do so. He lost 1-3 to Cure.

Solar's next non-Korean premier tournament appearance was at 2014 DreamHack Open: Stockholm on September 26, 2014. He was seeded into the second group stage, where he defeated Hotspur and Lilbow to advance. In the third group stage, he lost his first match to Snute, but subsequently defeated SpaceMarine and Snute to reach the bracket stage. After defeating Bunny, Jaedong, and herO 2-1 each, he defeated soO 3-0 in the finals to win his first premier tournament championship.

After winning his second premier tournament at MSI Beat IT 2014, Solar gave a poor performance in the first round of the 2015 Proleague. He went winless in 6 games, including 3 losses in ace matches, resulting in the worst individual performance in the round.

In September 2015, Solar was back at DreamHack Stockholm as the reigning champion. After easily getting out of Group Stage 2 in first place (2-0 in games, 4-0 in matches), Solar made his way through the playoff bracket, by winning 2-1 against Miniraser and his teammate Hurricane, then 3-2 against Snute in the first three rounds. In the semifinals, Solar faced sOs, already qualified for the WCS Global Finals, but still looking to earn points for a better seed. Solar won the match 3-2, coming back from a score of 1-2. HyuN, tied for 16th place at WCS Global Finals, was waiting for him in the final match. Solar won the ZvZ match 3-1, denying HyuN a sure spot in the Global Finals. By winning, Solar finished 19th place in the 2015 WCS ranking, but more importantly kept his title of DreamHack Stockholm champion.

Since the beginnings of the Beta of Legacy of the Void, Solar showed top-level performances in online tournaments, winning 6 Leifeng Cups (tied only with ByuN) and 3 Lycan League Weekly events, and culminating in his win in the SanDisk SHOUTcraft Invitational II dropping only 2 games in his victorious run.

In the first Premier Tournament of the Legacy of the Void era, the DreamHack ROCCAT LotV Championship, Solar came as one of the favourites to claim the final victory. After stomping the Group Stage with a perfect 5-0 matches count, not dropping a single map (10-0), Solar was set against PartinG in the Winners' Bracket: after a quick series he advanced with a 3-1 score. Continuing in the Winners' Bracket he then proceeded to quickly 3-0 FireCake to claim his spot in the Grand Finals. Here he faced PartinG again, with him coming from the Losers' Bracket: after an intense and nail-biting 7 games finals, with him being down 1-3, Solar managed to come back and win the tournament 4-3 claiming the $20,000 prize.

Solar participated in the first season of 2016's GSL. After qualifying for Code A, he defeated Impact 3-2 to advance to Code S. Solar was seeded into Group F with SpeeD, Classic and Creator. He defeated SpeeD in the first match, and headed on the winners' match to meet Classic. Solar took down the Protoss 2-1 and proceeded to the Ro16. During the group selections he was placed into Group B with Zest, Cure and soO. In the first match Solar faced off against soO, but was defeated 0-2. In the losers' match he played Cure, but the Terran also defeated Solar 0-2, ending the Zerg player's GSL run.

For the second season Solar was seeded directly into Code A without having to go through qualifiers. He played against Hush and took down the Protoss 3-2 to advance to Code S proper. He was placed in Group A with GuMiho, Zest and MC. Solar was however unable to advance from his group, losing against GuMiho and Zest. With only two seasons in 2016, Solar was unable to advance past the Ro16 in GSLs over the course of the year.

Compared to his GSL performance, Solar's SSL runs were much better. In the main event of the first season, he took down Zerg players Soulkey, ByuL and RagnaroK in row until finally succumbing to Dark in the winners' finals. Solar dropped to the losers' bracket with still a chance to bounce back and meet Dark in the finals, but he was unable to overcome Stats, losing 3-4 to the Protoss. Having been just one game away from the grand finals, Solar's performance was a marked improvement over his GSL runs.

With a deep run in the first season, Solar was able to bypass the Challenge division of SSL in the second season and proceed directly to the main event. He topped his group, taking down Super and ByuN. In the playoffs he met two Protoss players in a row, Dear and Patience, and was met in the finals once more by Dark. The other Zerg player had managed to reach two back-to-back starleague finals, but Solar up to the challenge. After a back and forth series, the finals went on all the way to game 7. Solar had noted Dark's lack of scouting during the series, and Frost was the perfect map for a fast all-in. Dark was taken unaware, and Solar secured himself the seventh game, along with the first starleague title of his career.

The two would go on to meet in the WCS Korea Cross Finals, and this time Dark was the victor, taking the finals 3-2.

Solar played in the Ting Open season 2 over the summer. He reached the finals, but was defeated by ByuN 4-5.

With his SSL victory, Solar secured himself a spot for the WCS Global Playoffs at BlizzCon 2016. He was placed in Group D, but he lost both of his matches against the Polish Zerg duo, Elazer and Nerchio, and was unable to advance to the global finals.

Towards the end of the year, Solar played in IEM Gyeonggi, but was unable to advance from his group. He played against Maru and iAsonu, losing both matches.