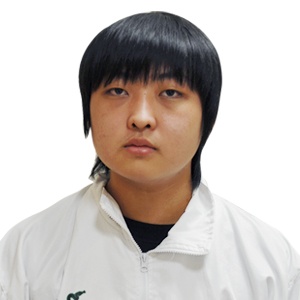 Kim "Spear" Hyun Mok is a Terran player from South Korea who is currently playing for Team NV.

He was previously known as "Tree" and played for FXOpen e-Sports. He briefly retired due to wrist problems,[1] before returning to participate in SEA tournaments.

Spear took part in the Esports Weekly Match 4 where he reached the Round of 4. During the tournament Spear won over such players as TREME, Luvsic, Bomber and dreamertt.

On September 23, 2012, it was announced that Spear would retire from competitive gaming.[1]

In 2011 Spear tried to qualify for GSL Code A and always lost in the final rounds.

Spear took part in the 2012 GSL August Preliminaries where he was eliminated 2-0 in his bracket final by Maka.

In the 2011 GSL October Preliminaries Spear was eliminated in the Ro 4 by his teammate GuMiho.

In the 2011 GSL November Preliminaries he lost in the Ro4 to PartinG.

In the 2012 GSL Season 2 Preliminaries Spear finally qualified for Code A by defeating DeathAngel in the final round.

Spear defeated Brown 2-1 in Code A Ro48 but was immediately beaten by ByuN 2-0 in the Ro32. During the Up-and-Down groups Spear only went 1-4, meaning he would return to Code A for Season 3.

On June 7, 2012, Spear participated in the ESV TV Korean Weekly Season 3 Weekly 5. After taking down ByuL, Seal, jjakji, and Freaky, Spear advanced in to the finals to face GuMiho. He wasn't able to grab first place after losing to GuMiho by a score of 0-3 and took second place.

Spear took part in the WCG Korea Qualifiers where he lost to Oz in the semifinals of Qualifier Round 1.

On July 22, 2012, Spear participated in the 2012 South Korea WCS Preliminaries. Spear received a BYE in round one and then took down 차진익, Action, JYP, and faced Curious in the finals. He was not able to advance any further as he lost to Curious by a score of 0:2 and took 2nd place.