Spine Crawler (Legacy of the Void)

This article covers the current multiplayer version of this building. For another version see Spine Crawler (Wings of Liberty and Heart of the Swarm). 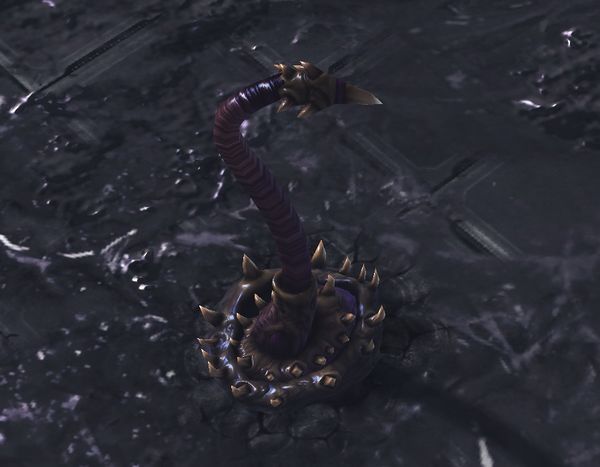 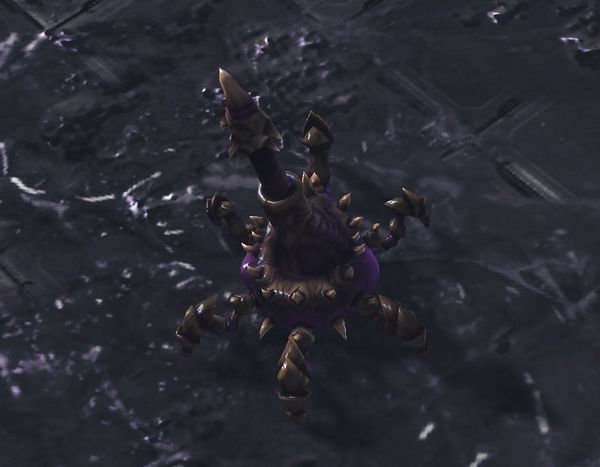 Against unupgraded Zerglings, one Spine Crawler can defend itself against up to 6 Zerglings. Even one additional Zergling will overwhelm a Spine Crawler without support or measures to minimize the available surface area that the Zerglings can attack.

Although it can only be burrowed on creep, there have been a few instances of offensive use, similar to a Protoss cannon rush. This is enabled by an Overlord generating creep near an opponents location or an expansion that is about to be taken by an opponent.

A Spine Crawler rush can be performed even earlier in a ZvZ due to the existence of creep in an enemy Zerg's base. Spine Crawler rushes in ZvZ are most effective before the opponent has a Lair. This is due to the sight range of a Hatchery being slightly smaller than the creep range of the Hatchery. This gives a small area on the edge of the creep where a Spine Crawler can be placed outside the vision of the Hatchery. A Lair has greater vision than a Hatchery and does not have this blind spot.

Instead of an Overlord (requires Lair), creep for offensive Spine Crawlers may also be generated via the following procedure: