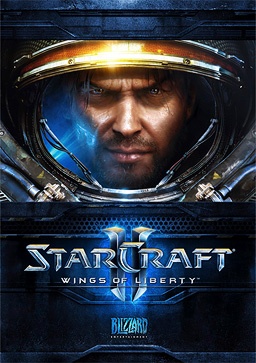 StarCraft II is a sequel to the PC based Real Time Strategy game StarCraft: Brood War made by Blizzard Entertainment. It is split into three installments: the base game with the subtitle Wings of Liberty, and two expansion packs, Heart of the Swarm and Legacy of the Void. StarCraft II features the return of the three species from the original game: Protoss, Terran, and Zerg.

Players are required to strategically and quickly manage their Economy, Technology and Army in order to defeat their opponent. The basis of playing is, on the one hand, to harvest resources and on the other hand using said resources to purchase buildings, upgrades and units.

In this most basic understanding of the game we distinguish two tasks for the player: Macro and Micro. As the name indicates, Micro refers to more local, specialized events, while Macro concerns the overall flow of the game and the economical side. It is important for every Starcraft player to have a balance of these two.

Micro (or micromanagement in full) encompasses managing your army. Moving, attacking, retreating with the ultimate goal of overpowering your opponent. Micro is the ability to control your units individually, in order to make up for pathing or otherwise imperfect AI. For example, splitting Marines in order to suffer fewer loss from a Baneling attack, or being able to perform multiple kills with Mutalisks is considered "Micro". The general theory of micro is to keep as many units alive as possible. For example it is better to have four half-dead Stalkers after a battle, rather than to have two Stalkers at full health and two dead ones.

Macro encompasses managing your economy and technology: making sure you have an income (by harvesting resources) and spending said income (by purchasing buildings, upgrades and units). Macro is your ability to produce units, and keep all of your production buildings busy. Generally, the player with the better macro will have the larger army. The other element of macro is your ability to expand at the appropriate times to keep your production of units flowing. A good macro player is able to keep increasing his or her production capability while having the resources to support it.

All these operations take place in real-time - commands are executed as they are given. This means a player not only benefits from strategical insight, but also from speed and multitask ability, measured by APM (actions per minute). The ability to perform specific actions in limited time is often referred to as Mechanics.

While it is ideal to perform optimal micro and macro, it is usually impossible to do both tasks together as well as one could perform each separately. Thus, a player is forced to make the decision where to allocate his or her actions and attention. In order to win, a player should consider the opportunity cost of his or her choice. By spending attention on micro, we are omitting macro, and vice-versa. It is generally accepted that good macro is more valuable than good micro.

So why is macro better? Consider pitting a micro-oriented player against a macro-oriented player both with the same amount of attention and APM. Overall, the macro player will have a better economy and more units, and can usually overpower the micro player no matter how good his or her control is. Because of this, attention to macro is generally more valuable than attention to micro. Since focus on macro is the better choice, let us consider the case of two macro-oriented players with the same amount of attention. Both will amass a similarly-sized army and both will have similar economies, so who is victorious? It comes down to unit positioning and the outcome of battles; essentially micro.

Thus, players who want to win will practice both micro and macro in order to out-micro and out-produce their opponents. The marginal benefit of micro will be apparent if the macro abilities of the players are the same. Good players will allocate the appropriate time for each to get the most benefit from their actions. It is a good idea to also take into consideration the cost to your opponent when deciding between micro and macro as well, and how well off you will be in relation to your opponent when you decide, for example, to spend time controlling Mutalisks to destroy SCVs. You may reduce your opponent's income but you may also forget to make more Drones at the right time. If you switch to production, you may leave your Mutalisks vulnerable or simply unused. In this sense the game becomes a balancing act between micro and macro.

A player has to pick one of three races to play with, or choose

Random. Each race has different Buildings and Units and consequently different ways of playing with then. The races are: