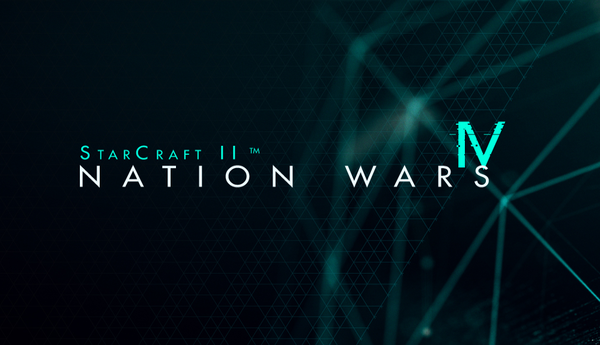 O'Gaming TV is a famous French Web TV made up of the most active casters in France and is also renowned for having produced Iron Squid I & II. In "StarCraft II: NationWars IV", sixteen countries from around the world battle online and offline for a prize pool of $30,000, each with three players to represent them.

From the Qualifiers (16)
Nation
Players

INnoVation
sOs replaced ByuN for the semifinals and finals due to ByuN wishing to focus on GSL.?'"`UNIQ--ref-00000002-QINU`"'?

INnoVation
sOs replaced ByuN for the semifinals and finals due to ByuN wishing to focus on GSL.?'"`UNIQ--ref-00000003-QINU`"'?

Due to connection issues in the games of Serral vs. Has and MarineLorD vs. Nerchio, the results of those matches are not included in those statistics.

Data about number of viewers[3]:

The total time watched was 374,084 hours.
The average concurrent viewership was 14,766 viewers.