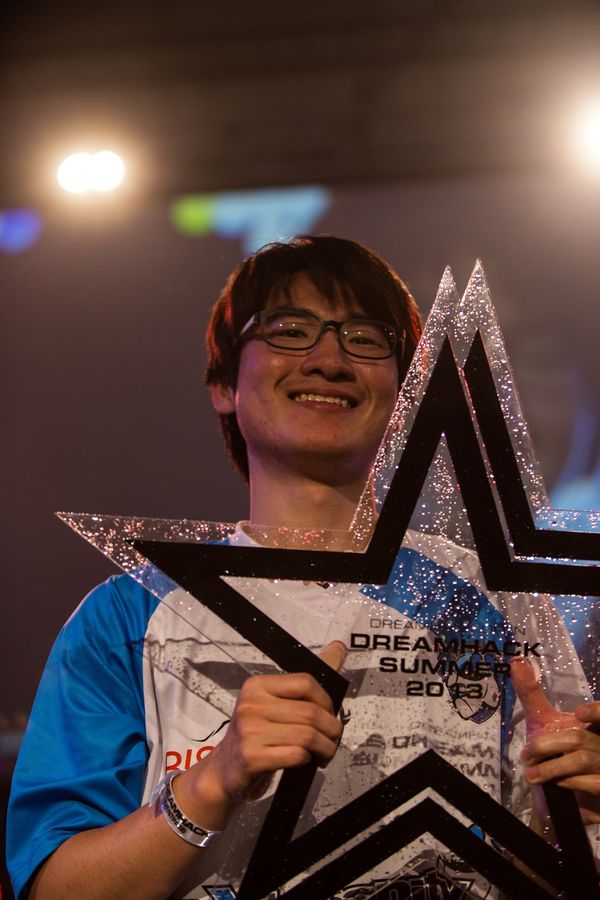 In the Official Roster Changes for August in the 2011-2012 Proleague Season 2 it was announced that StarDust was removed from the roster due to him being discharged from service.[3]

After being discharged from his compulsory service, he joined team LighT on August 5, 2012.[4]

On July 19, 2012, StarDust participated in the 2012 OSL KeSPA Preliminaries. StarDust received a BYE in round one and then took down Reality, Jaedong, and faced Classic in the finals. StarDust wasn't able to advance any further as he took 2nd place after losing to Classic by a score of 1:2.

On November 22, 2012, StarDust participated in IEM Season VII - Singapore, replacing IdrA who was unable to attend. Placing second in his group with a score of 4-1 (9-4 on maps) he proceeded to the playoff stages. Here he was knocked out by Grubby 3:1.

On January 19, 2013, StarDust participated in the ESET Winter Masters 2012. StarDust took out kauP and Strelok and then went on to advance in to the finals to face GoOdy, In the finals, StarDust defeated GoOdy by a score of 4-1 and was able to take first place.

During June 15–17, 2013, Stardust participated in Dreamhack Summer. He only lost one series during the event, defeating Icy, MoiLANEN, NaNiwa, RunA, Zanster, Bischu, Snute, Sonder, viOlet, HyuN and SjoW to advance to the finals. In the grand final, he took down Jaedong 3-2, winning his first premier StarCraft II event.

On July 6, 2013 StarDust participated in Day 1 of the WCS Europe Season 2 Qualifier. After receiving a BYE in the first round, he beat Genius, StarNaN, Prebs, BratOK, LoWeLy, and HeRoMaRinE to qualify for the Season 2 Challenger League.