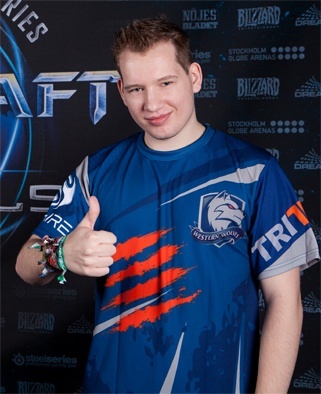 StarNaN made an appearance at DreamHack Winter 2011, where he was invited as a replacement on short notice. He went 0-6 in his group, finishing last behind HerO, Seiplo and TLO.

StarNaN joined Team Infused January 5, 2012, and only a few days after he scored an all-kill for his new team in the first round of the NASTL Qualifier #1, against a team called "Impressive Play".[1] On the 29th of June, he was transferred to Western Wolves.

StarNaN attended 2012 DreamHack Open Stockholm, where he managed to place top 64. In group stage 1 he managed to top his group taking down Satiini 2-0. Then group Stage 2 he proceeded to defeat ClouD 2-1 then lose to Lalush 2-1 and RunA 1-2. He took 3rd in his group and was eliminated placing top 64.

StarNaN competed at 2012 DreamHack Open Summer, in group 1 he placed 2nd, after a tense game vs MorroW that he ultimately lost. In Group stage 2 he would be placed into one of the tougher groups with KeeN, SaSe and Origine. He would defeat Origine 2-0, lost to KeeN 2-0, then narrowly lose out to SaSe 1-2 in an extremely tense, close series. He would again place top 64.