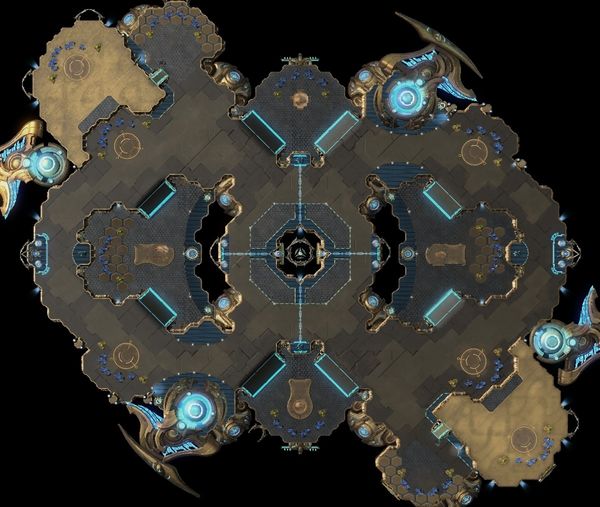 Star Station is a four-player symmetric map that was debuted in the Heart of the Swarm BETA map pool.

A modified version of the map, made by Reddit user Aunvilgod, was put into the ladder map pool for the 6th season of 2013.[1]

Start by securing the safe expansions. Once you take your fourth base, keep an eye on the various attack paths your opponents may utilize.