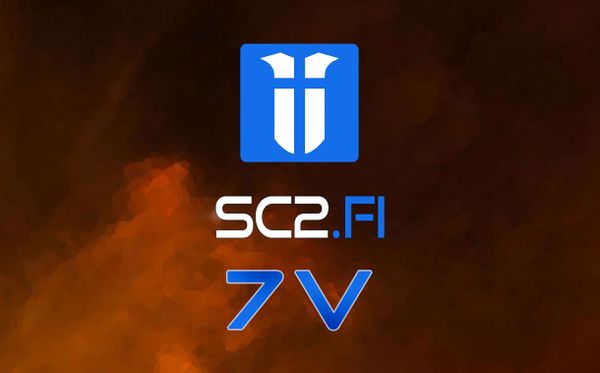 The Finnish StarCraft II community site starcraft2.fi is celebrating its 7th year anniversary with an online tournament for the Finnish players during November 6-18, 2017. StarCraft2.fi 7V. Cup features a prize pool of 500€ and 16 players in total.

Four round robin groups with eight players in each. The top four players in both groups will advance to the winners bracket while the bottom four will go to the losers bracket. The group matches are best-of-3.
The playoffs are played in double elimination format. The playoffs matches are best-of-5 except the final is a best-of-7 starting with a 1-0 lead for the yet undefeated player.

The Battle.net 2017 Ladder Season 3 map pool is used. Maps are selected by vetoes and picks in A-B-B-A fashion.

There are four qualifiers during Oct 30 - Nobv 2. The top two of each qualifier gets a spot in the main tournament.