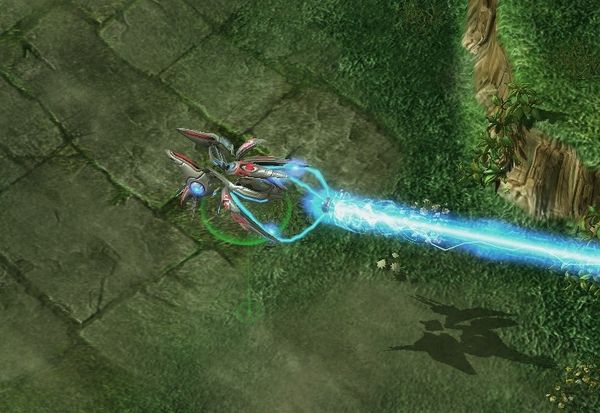 So after making my way out of bronze league with a plethora of oracle rushes the desire to cheese my opponent wore off but, the urge to start with a stargate persisted. This opening has been tried in all censorious PvP, PvZ and PvT. It works best in PvP provided the opponent isn't prepared for air, while against a zerg adversary the queens can hold off the voids. Terran is extremely vulnerable to such a strong air unit seeing as the void ray can outrun marines through the terrain. This is not a cheese, nor is it an all in. Care must be taken to scout and to create units from the gateway accordingly. Seeing; a two barracks opening should prompt immediate adepts, zergling rushes should prompt zealots, and two gateways should prompt zealots as well. Expanding is crucial to the growth of a second stargate or the continuation of crono boosting the stargates production.

There are two timing attack variations with this build. Either a two void harass (which can yield valuable scouting information) or waiting for 4-6 void rays for a punishing attack to destroy an opponents expo.

Keep building probes... Around 3 minutes into the game you can begin Void Ray production. Usually I save my crono boosts so that I can keep a constant boost on the Stargate.

From there building two more Assimilators for the second expansion, as well as more pylons and perhaps some Gateway units to supplement ones army.

Assuming one is constantly producing Void Rays you will either have to defend against an early attack or have the opportunity to advance upon your opponent with either 2 Void Rays or 4-6 time permitting.

Downsides to this build are obviously Hydras, or mass Queens verses Zerg; or Widow Mines, or Vikings verses Terran; as well as, Stalkers and Phoenix's verses Protoss.

Good luck! Let me know what you all think.