Starport (Legacy of the Void)

This article covers the current multiplayer version of this building. For another version see Starport (Wings of Liberty and Heart of the Swarm). 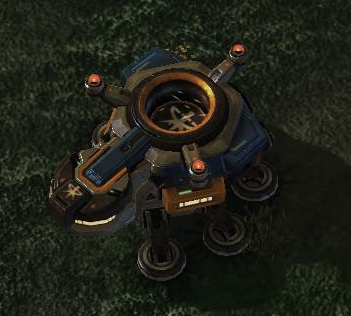 The Starport is the Terran production building for air units. It requires a Factory before it can be built. It can be lifted off.

A common technique is to start both your Starport and a Reactor on your Factory as soon as the Factory is complete. Since both take 50 seconds to complete, you can swap the Factory and Starport upon completion (resulting in a Reactored Starport) allowing you to immediately "double-pump" Medivacs or Vikings. Similarly, this technique can be used to get faster cloaked Banshees by constructing a Tech Lab on your factory.

When building a unit, the window lights flash on and off, and the circular hood overhead lowers into the building. Sparks are also seen.