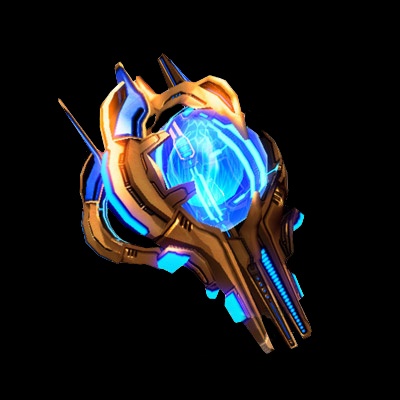 1
Attributes:
Mechanical
Note: All time-related values are expressed assuming Normal speed, as they were before LotV. See Game Speed.

The Stasis Orb was a Protoss alpha hovering unit introduced during BlizzCon 2007. It was meant to replace the Star Relic but was nothing close to its predecessor. It originally possessed a single, passive ability, slowing down movement and fire-rate of the enemies it attacked. When its only ability got transferred over to the Terran Cobra prospects looked grim for the lacking unit. The devs made a short-lived attempt at reviving the Orb, trying out several active abilities, including Force Fields. Only two months after its introduction the Stasis Orb got removed from the game completely while Blizzard promised to promptly replace it with something better. This successor turned out to be the Nullifier.