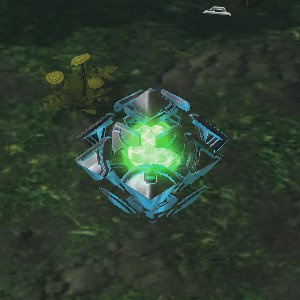 The Stasis Ward is a Protoss structure that is constructed by an Oracle. When an enemy Ground unit draws near, the Stasis Ward traps all nearby enemy ground units for 21 seconds. Trapped units cannot move, attack or use abilities, nor be attacked or affected by abilities. The Protoss player may use the time to achieve a favorable army placement.

The Stasis Ward expires after 170 seconds or when triggering its Stasis Trap ability.

The Oracle is generally used for its Pulsar Beam ability in the early game to harass and its Revelation ability in the late-game to keep tabs on the enemy army, and thusly Stasis Ward is a niche ability. Stasis wards can be placed in choke points to delay enemy attacks and to give the defending player time to respond. If an enemy army partially moves onto a Stasis Ward, the Protoss can engage and deal with each portion of the army at different times, gaining a large advantage. The stasis victim will be forced to delay with the rest of his army and wait for the stasis to expire, or retreat and abandon the frozen forces altogether.

Since Oracles are usually made in the late-game anyways for Revelation, some Stasis Wards may be built. A few Stasis Wards on an expansion can help deal with a Zealot or Dark Templar run-by, allowing more time to react. Stasis Wards with Disruptors appear threatening, but Stalkers can avoid being frozen fairly easily with their Blink ability. The Stasis time does not offer as much of a window for aggression as in the other matchups, because of the difficulty of engaging into an enemy Disruptor army.

Since Terran bio armies do not usually accompany their main force with a mobile detector, Oracles left over from the early-game can surprise entire bio forces with a few well-placed stasis mines. They are not usually effective against a bio-based harassing force, however, since the autocast on the stasis mine will only catch the first units to be unloaded from a Medivac.

Stasis wards can be effective at denying an enemy Zergling run-by, as a single Stasis Ward can trap a handful of Zerglings, and a Zealot warp-in can handle the rest. A Stasis Ward can also be placed behind the wall at the natural, so that if a pack of Zerglings attempts to run in, the mine will activate and the frozen Zerglings will block the rest from entering, allowing the Protoss to react.