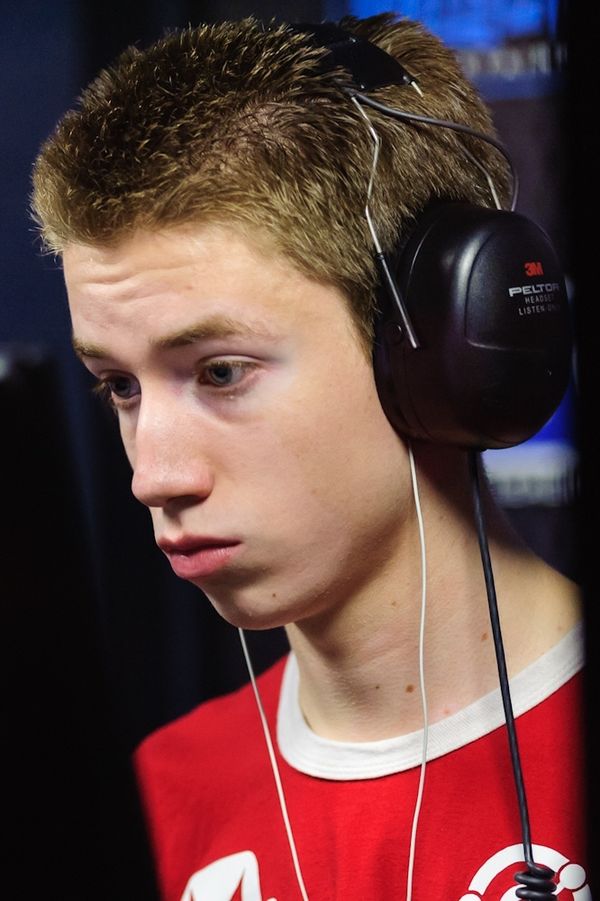 He was formerly sponsored by Game Front.[1]

State is an American Protoss player in StarCraft II who played for Team Vile from mid-2011 until May 5, 2012, when Quantic Gaming acquired the entire StarCraft II roster of Team Vile, including State.[2]

On December 4, 2012, it was announced that Quantic Gaming was disbanding, rendering State teamless.[3]

On August 9, 2013, it was announced that State had joined ROOT Gaming while maintaining his personal sponsorship with Game Front.[4] He left ROOT Gaming on February 9, 2014.[5] He is training and playing for Prime in Proleague and joined the team on March 6, 2014,[6] after his Proleague debut in Week 2 of Round 2 of the 2014 season against Classic when Prime faced SK Telecom T1.

On September 19, 2014 State announced that he was leaving Prime,[7] but that he would be staying in Korea and continue to practice for WCS America.[8]

State was invited to the MLG Winter Showdowns, where he defeated Fenix to qualify for the Main Tournament on March 15. Like every other foreigner matched against a Korean, he lost his first match against PartinG, unable to take a game in an 3-0 sweep.

State was one of the sixteen foreigners invited to WCS America 2013 Season 1 Premier League. He fell out in the Round of 32, losing twice 0-2 to Scarlett, but was able to defeat the Proleague regular Oz 2-1. Falling into Challenger League, he defeated Drunkenboi but lost to theognis in the second round. He was unable to re-enter Premier League through the Group Stage, but he was able to avoid dropping out of WCS by defeating Xenocider.

State qualified for SHOUTcraft America by being one of the top 16 players on the NA Server and being from an American country. His first matches were on May 17, 2013, where he topped his Round of 16 group, defeating qxc and Xenocider to advance to the Bracket Stage. He defeated strong Protoss players hellokitty and Minigun to qualify for the Grand Finals at the MLG Studios in New York. He was defeated 4-1 by Kane, and took second place in the tournament.

In WCS America 2013 Season 2 Challenger League, he defeated TheStC but lost to HerO, again dropping to the Group Stage in the second round. In a three-man group with Arthur and HyuN, he defeated HyuN 2-0 in his first match but lost 0-2 to Arthur. He played against HyuN again, who had received a walkover over viOLet, but this time lost 1-2. He remained in Challenger League for Season 3 with a 5-6 score while HyuN advanced to Premier League with a 2-3 score.

State played at the 2013 MLG Summer Invite, starting on July 20, 2013. He defeated Sasquatch in the first round, but was unable to defeat Xenocider.

State on Starcraft was a weekly column by State, published on  gamefront.com. These columns included his unique perspective on all things StarCraft, with tips, tricks and stories from the front line of competitive play.[9]