In September 2011, Stephano was the corner stone of an imbroglio regarding his contract situation, after he signed a contract with the American team compLexity Gaming, only to turn down this legal document a few hours later in order to remain on the French team Millenium. The mutual misunderstandings between the two teams led to a series of contradictory statements, which resulted on a notable controversy about the professionalism of the three parties, as well as questions about the reliability of contracts in esports. 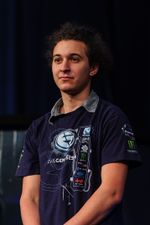 Stephano, the corner stone of the imbroglio.

During the first half of 2011, Stephano progressively made a name for himself in the European scene, taking the third place of the ASUS ROG Summer 2011 at Assembly. A high school student at the time, he had been a member of team Millenium since October 2010 [1]. After he graduated from high school in July 2011, he hinted that he was considering delaying his entry to university in order to play full-time for a year [2]. On September 8th, Stephano eventually stated that he was indeed taking a sabbatical in order to focus on StarCraft II.[3] On September 15th, he explained that almost every prominent European team as well as other teams with an international reputation had offered him to join them, and that he refused them all, hence thinking that he would spend the coming year on Millenium.[4]

Millenium quickly released a news on its website at 04:58 CET on September 19th, which was mostly a translation of compLexity's announcement, and didn't feature an official statement from the French team [6]. The official declaration came fourteen hours later, when Cédric Page (Millenium's CEO) released a statement castigating compLexity's approach, and proclaiming that Stephano would sign an employment contract with the French team.[7]

Millenium's statement immediately sparked questions among the community, which wondered if compLexity Gaming had not precipitated its announcement, and if Stephano actually signed a contract with the American team or not. There were also questions about what Cédric "Cedrix" Page called "disorienting means used by compLexity". Last but no least, several people pointed out that Millenium's communiqué was not clear about the employment contract that Stephano was supposed to sign with Millenium, since it contradictorily stated that the French player would be offered a CDI (i.e. an employment contract with no expiration date, which is used for long-term commitment and can be hardly broken by the employer), and that the period over which the contract was set to run was twelve months (which is characteristic of a CDD, a contract with an expiration date), hence making the nature of the offered contract quite vague.

Shortly after, compLexity issued a quick statement explaining that Stephano did actually execute a legally binding contract with them, and that they were evaluating their legal options with French counsel.[5] Meanwhile, Jason Bass (compLexity's CEO) refuted Millenium's accusations of disorienting the young player, arguing that his organization had been negotiating with Stephano and countering offers made by Millenium for several weeks. He also criticised Millenium's decision of not honoring the rule of contract law, resulting on disrespecting esports.[9]

Between 20:00 and 22:00 CET, Rémy "Llewellys" Chanson held a special broadcast on Millenium's webTV with Stephano, and detailed Millenium's point of view on the matter. He confirmed that there was indeed a signed legal document that bound Stephano and compLexity together. He explained that Millenium's staff reviewed it, and told the French player that there were loopholes in it, and that it didn't comply with French labor law. Subsequently, Llewellys and Millenium's staff advised Stephano to ignore it, which he eventually did. He also stated that he didn't know about compLexity's intentions before the announcement of the transfer on TeamLiquid Forum, but couldn't say if other people in Millenium's staff were in contact with the American team or not. He then explained that he didn't intend to discuss the matter with compLexity's officials and to withdraw Millenium's offer to Stephano, since he was confident that his organization was covered by French labor law. Llewellys eventually contradicted his CEO's accusations of compLexity disorienting Stephano, stating that these actions were just that the contract was signed during the night, and that the French player was just 18 years old. During the first part of the broadcast, Stephano stated that he was now scheduled to compete in IGN ProLeague Season 3 and in 2011 MLG Orlando, and to spend a few weeks in a prohouse in Korea.

compLexity Gaming later released an official statement concerning the matter, in which Jason Lake and Jason Bass described compLexity's means of recruiting Stephano, confirmed that both the French player and Millenium had refused to answer their emails requesting a discussion of the matter, and reaffirmed their intentions of taking actions in order to make sure that legal contracts in esports are rightfully honored.[10]

This situation led the community to wonder if Stephano's contract situation was going to interfere with his ability to compete in North American events, since he was bound to compLexity Gaming by a contract valid in the USA. This issue was particularly urgent given that the French player was scheduled to compete in the IGN ProLeague Season 3 and in 2011 MLG Orlando the next month.

Millenium eventually released another communiqué on September 20th, which drastically contrasted their previous statements. The French team said indeed that they were now willing to discuss the matter with their American counterparts, and that they wished that this kind of incident would be prevented from ever occurring again thanks to an easier worldwide communication between organizations.[11]

Both teams eventually agreed to settle the matter on September 21st. The agreement, for which Alex Garfield (Evil Geniuses's executive director) acted as a mediator, stated that Stephano would remain with Millenium, and would have to pay a significant fine (which amount was not disclosed) in consideration of his role in creating the situation. In the common communiqué describing the settlement, Jason Bass (compLexity Gaming's COO) explained that, when negotiating with Stephano from September 1st to September 18th, his organization didn't contact Millenium directly because the French player wasn't contracted by the French organization. Furthermore, compLexity thought that Stephano had informed Millenium of his intentions, since he incorrectly told compLexity's officials that the French organization was making counter-offers. On the other hand, Cédric Page (Millenium's CEO) stated that his organization didn't on purpose ignore compLexity's attempt to establish communication, blaming time difference for the time it took to respond to the American team. He also confirmed that Millenium was never aware of, nor involved in, a bidding/counterbidding process with its American counterparts over Stephano's contract situation, and apologised for stating that compLexity 'disoriented' Stephano during their talks with him.[12]

After the matter was settled, Stephano signed an employment contract with Millenium, hence becoming the second player ever, and at the time the only current player, to have this kind of contract with a French team (the first being MoMaN, who was employed by Cyber Nation from December 2010 to July 2011). The nature of Stephano's contract (CDI or CDD) is still unknown. Stephano was able to compete in the North American events he was scheduled to participate in, eventually winning the IGN ProLeague Season 3.