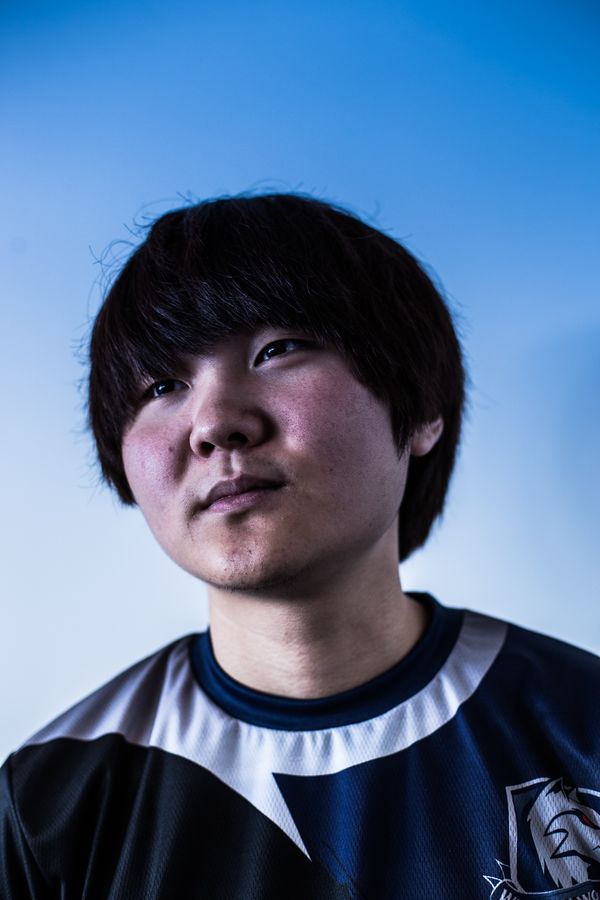 He last played for Western Wolves before retiring.[1]

Sting made an impressive showing for his team New Star HoSeo in the KSL Team League January in the match vs Old Generations where he won over such oGs players as Illusion, Luvsic, ForGG and InCa.

Sting also took part in the Korean Weekly Grand Prix 1 where he showed good games and reached the Ro 8. During the tournament Sting won over such players as KingKong 2-1 and SaSe 2-1 on the 1st group stage, Squirtle 2-0 and TAiLS 2-0 on the 2nd before losing in the playoff in a very close series 3-2 to his teammate jjakji.

Sting tries to qualify for GSL Code A.

Sting will make his debut in the 2012 GSL Season 2 Code A. He qualified after defeating TAiLS 2-0 in the semifinals and Noblesse 2-1 in the finals of the Esports Weekly Match Finals #1.

In 2012 Sting made his debut for the team New Star HoSeo in the 2012 GSTL Season 1 in the match vs StarTaleQ where he lost to Bomber in the 1st set.

On November 3, 2011, Sting participated in the ESV TV Korean Weekly Season 1 Weekly 13. After taking down Fairy, Tassadar, and Jjun, Sting went on to face TaeJa. He was not able to advance any further after he lost to TaeJa by a score of 0-3 and had to settle for fourth place.

On August 4, 2012, Sting participated in the IPL5 Amateur Satellite Qualifiers. Sting received a BYE in round one and then went on to take down Hestia and Kyo in order to advance to the finals to face TriMaster. After defeating TriMaster by a score of 2-0, Sting was able to qualify for the IGN ProLeague Season 5.

On March 3, 2012, Sting participated in the EWM Season 1 Week 4. Sting took down Mercy, Hack, True, TheBest, and finale to advance in to the finals against Life. Sting defeated Life by a score of 2-0 and advanced in to the EWM Season 1 Finals where he would have a shot to obtain a Code A seed if he won against the other weekly winners.

On March 5, 2012, Sting participated in the EWM Season 1 Finals. Sting took down TAiLS by a score of 2-0 and advanced in to the finals to face Noblesse. After defeating Noblesse by a score of 2-1, Sting received a Code A seed for the 2012 Global StarCraft II Season 2.

Sting qualified for TSL4 by defeating Incredible Miracle's First in the finals of the 2nd South Korean qualifier with heavy usage of all ins to secure his place in the main tournament. The first round had him matched against the foreign Terran Empire's Beastyqt winning the series 3-1. In the round of 16 he played against a second foreigner the German Zerg DarKFoRcE of Team ALTERNATE he claimed a 3-0 victory to advance to the 3rd round. In the round of 8 he had a qualifier rematch against First where he was able to again claim victory against the Incredible Miracle Protoss to advance the round of 4. At the round of 4 however Sting's surprise run would come to an end as Prime's Creator defeated him 4-2 sending him to the 3rd place match where he was defeated by MVP's KeeN 0-4 to finish 4th in the tournament.

On November 25, 2012, Sting beat Grubby in a close 3-2 final to win IEM Singapore. He qualified by beating Sinabro in the Korean Qualifier. He was put into a pretty strong group, the most notable player within it being YugiOh. He went 3-2 on matches (7-4 on maps) and managed to scrape through his group in 3rd place, putting him through to the Round of 12. There he beat strong foreign player, LucifroN 3-2, advancing him to the quarterfinals. YugiOh was his opponent here, and while many considered YugiOh to be the favourite, Sting once again managed to win 3-2. Continuing his trend of 3-2 victories, Sting beat LucifroN's brother VortiX in the semifinals, once again 3-2. He then went onto the finals, and beat fan favourite Grubby 3-2, to win the $6,500 prize.