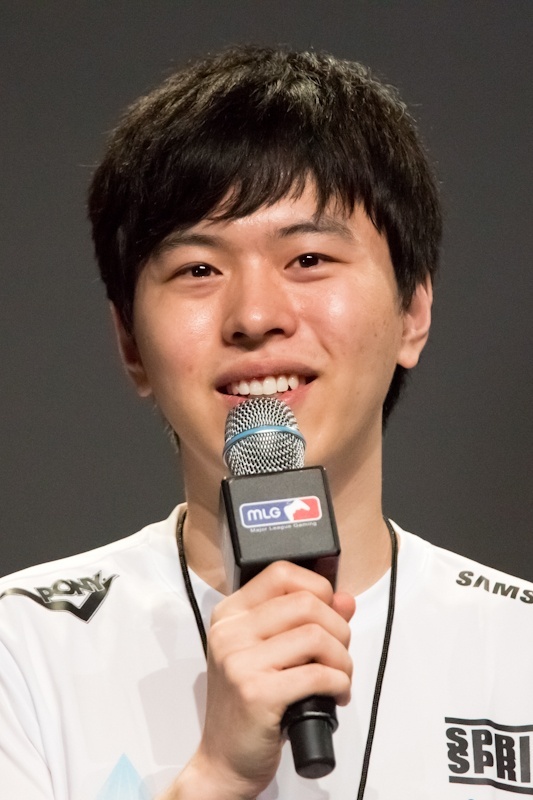 Song Byung Goo, known by his ID Stork, debuted in his first ever StarCraft II match on May 26, 2012 (a long, epic ProLeague match against ZerO). Right from his first game he showed that his skill as a gamer translated well into SC2, as he made good tactical moves in the game before ultimately losing to a strong methodical Zerg push. Now, he is practicing SC2 with all his might and is ready to make his foray into the StarCraft II competitive scene. However his history goes all the way back to 2004, when a young Stork came onto the scene as a very strong Protoss player, showing very good results that would lead to one of the best careers of a Brood War progamer. With his Brood War past, Stork has been and will continue to be a force to be reckoned with. His amazing intelligence and gift for strategy made him one of the strongest Protosses of the Brood War era, and will no doubt make Stork a feared player in SC2.

Though Stork has just begun to compete in StarCraft II tournaments, he has demonstrated a decent level of skill against other former Brood War players who have competed against him. One of his most telling performances was coincidentally a loss in his first televised SC2 match against Woongjin Star's ZerO, a long macro game that saw Stork demonstrate a good understanding of the match-up in reaching the late stages of the game. In June, Flash and seven other KeSPA gamers traveled to Anaheim, CA to compete in a special exhibition tournament coordinated by Major League Gaming. Each team (except AirForce ACE) sent their best player to compete in the event, and the player list was a veritable "who's who" of top Real Time Strategy talent. Stork was defeated by Flash in the first round, and his tournament run was ended quickly.

Stork played his first SC2 official match during the hybrid 2011-2012 Proleague Season 2.[1] Stork was one of the eight KeSPA-affiliated players to be sent to the KeSPA exhibition match at the 2012 MLG Spring Championship.[2]

Since the release of Heart of the Swarm, Stork has been steadily improving. Initially regarded as a player who was past his prime in Brood War and now struggling with the transition to StarCraft 2, his determination has been impressive, and has lead to his first Code S appearance in the 2014 Global StarCraft II League Season 2. In addition, he has been having good results in Proleague ever since the latter half of 2013, with Samsung Galaxy sometimes fielding him as their ace player. With the retirement of Bisu, JangBi and Kal, Stork is clearly the one of the Six Protoss Dragons from Brood War who has transitioned to StarCraft 2 with the most success.

For the 2014 Proleague Stork won the MVP(most valuable player award) for Round 3, receiving 23.19 percent of the total vote.[3]

Despite improved results it was announced in November 2014 that Stork is now the Player-Coach for Samsung Galaxy.[4] Thus he was only fielded once in the first three Rounds of the 2015 Proleauge, but was still able to qualify for 2015 GSL Season 3 Code S.