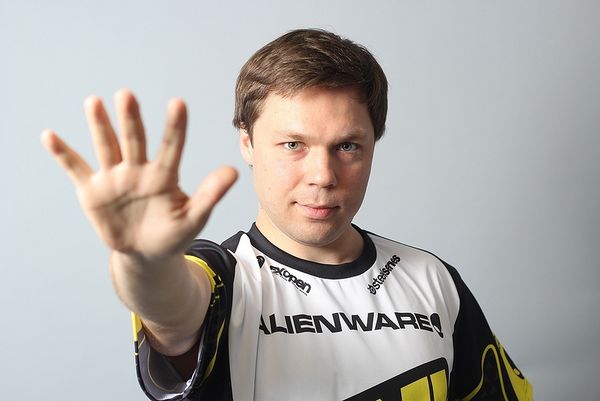 During the StarCraft II beta, Strelok was positioned in the Platinum League(Division 6), ranked fifth with a record of 291-218.[2]

Despite a relatively slow start to the beta, Strelok began to play strongly towards the end of phase 1 and managed to win three Go4SC2 ESL Cups.

Strelok was among the 10 invitees to the IEM Season V - Global Challenge Cologne, the first major live Starcraft event in Europe. Strelok's success in early launch was his double successive win in CraftCup #1 and #2, becoming the first player to win two consecutive CraftCups. Strelok competed in many of the TLOpens to attempt to qualify for TSL3. His total points forced him into a tie-breaker situation against SeleCT where he surprisingly took the series 3-0 and attained the final qualifier spot for TSL3. In the round of 32, Strelok was matched up against Tyler and was taken down 2-0.

As an invitee to the first season of the NASL, Strelok dominated his division with an 8-1 score, taking first place with victories over players such as Squirtle and NaDa. Strelok was supposed to participate in the NASL Season 1 Grand Finals, but due to visa related issues, he could not go, so aLive replaced him.[3]

Strelok missed again a premier North American tournament in August 2011. Indeed, he had to cancel his participation in 2011 MLG Raleigh because he caught a bad cold while he was visiting Cologne during the Gamescom.[4] He later participated in IEM Season VI - Global Challenge New York, where he was eliminated in group stage, losing to a surprising Gatored. He was later invited to Electronic Sports World Cup 2011, where he was narrowly eliminated in group stage.

Strelok again qualified for the NASL Season 2 Grand Finals by placing second in his division with a 5-2 record. His first game would be against EG's IdrA, but would be swiftly eliminated from the Grand Finals 0-3.

On July 21, 2012, Strelok participated in the World Championship Series 2012 Ukraine. Strelok defeated White and Kas, in order to advance in to the fourth round to face Bly. He fell to the losers' bracket after losing to Bly by a score of 0-2. In the losers' bracket, Strelok was once again unable to grab any more victories and ended up taking third place after losing to White-Ra by a score of 0-2.

From September 17 to September 18, 2011, Strelok participated in the IPL Season 3 Qualifier 4. Strelok started off from the Round of 64. Strelok defeated StrifeCro, zzkk12345, Mentalist, MacSed, and ChAnCe, in order to advance in to the finals to face TheStC. He wasn't able to defeat TheStC and ended up taking second place after losing by a score of 0-2.

On April 9, 2013, Natus Vincere announced a merger with FXO.Europe, resulting in all European players with the exception of the inactive Elbegast to play under Na'Vi.[5]

Strelok qualified for WCS Europe Season 1 Premier League, where he reached the Ro16, getting knocked down to Challenger League. There, he lost in the Ro16 to Dayshi, then finished 3rd in his group, maintaining his Challenger League status for Season 2.