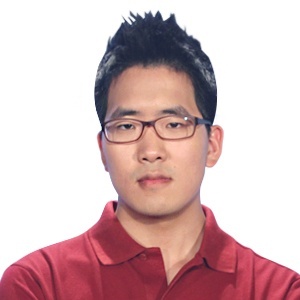 SuHoSin (then known as Line) was once a member of the Korean clan NEX, and he was part of the initial roster that merged with the Zenith clan to form the professional gaming team ZeNEX in October 2010.[1]

SuHoSin has a unique style of playing ZvT, characterized by forgoing early Banelings in favor of Mutalisks used to fend off early Marine Tank timing pushes with Zergling support.

In 2010 SuHoSin first made his appearance in GSL in the GSL Open Season 2, where he defeated his Protoss opponent Sage 2-0 and then went on to lose to Leenock in the Ro 32.

SuHoSin also qualified for the GSL Open Season 3 where he fell ill and received a walkover loss against MarineKing in the Ro 64.

In 2011 SuHoSin was seeded into Code A of GSL January Code A, where he lost 0-2 to YugiOh in the Ro 32 and was eliminated from the tournament.

He re-qualified Code A in May, defeating TaeJa 2-1 in the finals of his group. SuHoSin lost once again in the Ro 32 of GSL May Code A, this time to Hyperdub 0-2.

Because of his GSL ranking points and invitations declined by foreign players, SuHoSin managed to qualify for the 2011 GSL Super Tournament. SuHoSin defeated his first opponent Jinro 2-0 in the Ro 64. He then defeated his teammate Kyrix in a close 2-1 series in the Ro 32. Finally in the Ro 16, in another close series, SuHoSin defeated NaDa 2-1 and secured a spot in the round of 8. SuHoSin's Ro 8 match against TOP was very close. After losing the first game, SuHoSin won the next two games. However, TOP managed to win the next 2 games, defeating SuHoSin 3-2. SuHoSin was the last Zerg player at the 2011 GSL Super Tournament.

In 2011 SuHoSin managed to qualify for the WCG Korea 2011 National Finals. On the first group stage SuHoSin was seeded in group F. He won over Puzzle and Ryung and advanced in the next stage. On the second group stage SuHoSin was seeded in group A alongside with TOP, AnNyeong and HerO. Despite losing to AnNyeong, SuHoSin won other his games against TOP and HerO and advanced in the Ro 8. SuHoSin did not manage to win his opponent in the Ro 8, he lost 2-0 to Happy and was eliminated from the tournament.

In 2012 SuHoSin qualified for Code A once again in the 2012 GSL Season 1 Code A, this time after beating notable players Shine and horror in the preliminaries. His Ro 48 match was against HerO. He lost 0-2 and had to qualify for Code A again.

SuHoSin requalified for Code A in the 2012 GSL Season 2 Preliminaries, defeating Ares in the Ro 4 and Ready in the final of his group. BoxeR should have been his first opponent, but he forfeited due to his health, thus making SuHoSin advance to the Round of 32 and securing him Code A for next season. He had to face MMA but lost 0-2. In the Up and Downs, SuHoSin would lose to VINES, but then beat Polt and jjakji and lose to Ryung, sending him into a tiebreaker. In the tiebreaker, SuHoSin would defeat both VINES and Polt to secure Code S for the next season.