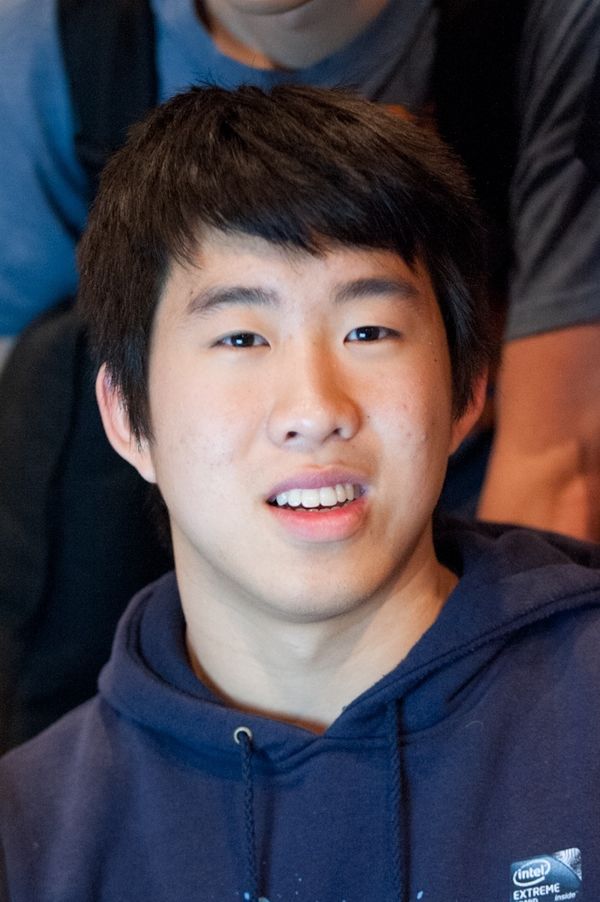 Conan "Suppy" Liu, also known as "Superiorwolf", is an American Zerg player who is currently playing for PSISTORM Gaming.

Suppy is a Zerg player from the United States who obtained regional success in Brood War. He is currently a grad student at the Sidney Kimmel Medical College of the Thomas Jefferson University. He is an alumnus of the University of California, Berkeley. He was the head coordinator and ace for the UC Berkeley's Collegiate Starleague team.

In 2007, then known as Superiorwolf, Suppy took up commentating and became the first YouTube commentator for Brood War.[1] However, his lack of knowledge and high-pitched voice were highly ridiculed,[2] inciting several others to take up commentating, including Klazart, Diggity, and moletrap. He has a colorful history on TeamLiquid for being known as the prepubescent commentator. He participated in the TeamLiquid Attack! #1 and #2, taking out iNcontroL and winning the mousepad award,[3] then losing to IdrA in the subsequent TeamLiquid Attack.[4] During the TeamLiquid Attacks, he was affectionately referred to as "not your average wolf", "Inferiorwolf", "Superiorerwolf", etc. For these reasons, his TLPD picture is one of a young boy in a wolf costume.[5] In 2018, InControL recounted the story of his loss to SuperiorWolf and the YouTube vod that followed on The Pylon Show.

Suppy has attended many local LANs since 2007, including UC Berkeley AAA's LAN B4 Time. In 2009, during an internship at the National Institutes of Health in Bethesda, Maryland, Suppy organized his first LAN, the Washington D.C. Area LAN #1. The community at Washington D.C. was extremely enthusiastic and has been thriving ever since, going on to become one of the strongest StarCraft communities in the United States today. Thereafter, Suppy began to organize Bay Area TeamLiquid LANs (BATLLs) in Berkeley, California. The 9th BATLL was held in February 2012.

On October 20, 2013, Evil Geniuses announced that Suppy had committed full-time to professional StarCraft for the next year.[6]

In 2019, Suppy played in the Collegiate Starcraft League for Temple University as his own school was too small to compete.

Suppy also has been voluntarily doing writeups for ESEA beginning in Season 10, and was hired as an ESEA News Writer in Season 11. He began streaming in February, 2012. In May, 2012, Suppy was awarded the Collegiate Starleague's Excellence in eSports Award.

On July 24, 2012, Suppy was announced as a new recruit to Evil Geniuses,[7] after qualifying for ASUS ROG Summer 2012 and other notable results. At MLG Fall Championships Suppy was the number one North American player, and the number two foreigner overall after being eliminated by SKT1 Rain and soO.[8]

At the 2012 Battle.net World Championship, Suppy placed 5th-8th after a narrow loss to PartinG. Suppy was ahead 2-0 against PartinG after displaying a unique spine crawler and infestor based defense against PartinG's sentry immortal all-in, but lost the next three games. He was the top North American at the event.

In February 2013, Suppy led his school's team at UC Berkeley to victory in AZUBU Collegiate Starleague Season 6, winning in the ACE match of the grand finals against Chunnam Techno University and thereby securing a 4-3 win and $40,000.

Following the announcement of the WCS system, Suppy was invited to the WCS NA Premier League Season 1. On May 6, 2013, he was able to 2-0 both Heart and Ryung of Axiom, two highly rated Korean Terrans, to advance first from his Round of 32 group. He would end up being the only player from the United States, and one of two North American players to advance to the Round of 16 along with Scarlett. In his Round of 16 group, he was able to defeat his teammate Revival before losing to HerO and then to Revival in the third game to fall out of Premier League. In the third round of Challenger League, he lost to puCK 0-2 to fall into the group stages. He subsequently defeated HwangSin and Tileä to return to Premier League.

In the WCS America 2013 Season 2 Premier League, Suppy fell out in the Round of 32 after losing two 2-1 matches against teammate aLive. He lost 0-2 to Hack in the first round of Challenger League, but defeated Snute twice in the group stage to reach Premier League for Season 3.

In the WCS America 2013 Season 3 Premier League, Suppy again fell out in the first round after losing to Oz and Apocalypse.