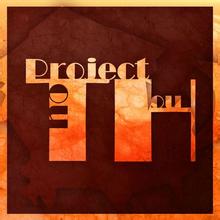 Team THpj was formed in fall of 2013. As a well-recognized team in the Chinese Starcraft II professional and amateur scene, the name of the team is from TouHou Project. According to the team captain 上海人形, the team is dedicated to every Starcraft II fan who enjoy the games with an ideal setting and beyond, or the “Gensokyo”. Because of its Chinese acronym, THpj is also known as "Tiao Huang Pu Jiang", or "jumping into the Huangpu River", which is hugely popular among SC2 fans in China. The team has many well-known professional/non-professional players including: Shana, Gemini, Clannad and DouDou. Furthermore, Shana and Mystery are the only two Chinese amateur players who are able to advance into WCS Premier league.

PS: The team participating in Starcraft League 2015 is THpj United, in which some players, like ZKO, are on loan from other Chinese clans.