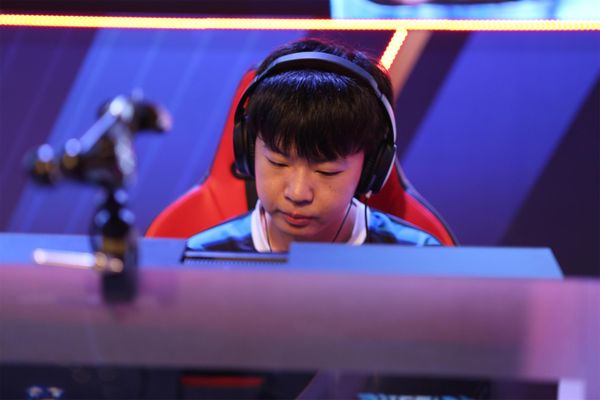 After he became the youngest Chinese player to reach Grandmaster on the Korean server, Zenith of Origin invited him to join as an academy player. However, TIME participated in NeoTV Starcraft League 2015 as a member of his clan SoloAsR instead of ZoO for unknown reasons. After his first offline tournament at World Leisure Games 2015, he left Zenith of Origin.

His best result in a Premier tournament during the Heart of the Swarm era was a Ro8 finish at MSI Masters Gaming Arena 2015: China & Japan Qualifier.

Following his performance at GPL 2015 Season 3 Premier League, he was invited to become a member of X-Team at the beginning of 2016.

He became famous in NEO Star League 2016 International, where he beat MarineLorD 2-0 through his strongest matchup (TvT).

In the 3rd place playoff of WESG 2017 - Asia-Pacific Qualifier, he beat Maru 3-2 in an official offline tournament.

After One More was disbanded, TIME stayed as the member of Clan SCBoy for 4 months and then left. After being teamless for another 4 months, he joined Newbee in the summer of 2018.

In 2018 WCS Montreal, Time reached a new milestone in his SC2 career. He never expected himself to go that deep into the tournament. TIME defeated Has 3:2, who was the runner-up of 2018 WCS Valencia, and he advanced to the quarterfinals. In Ro8, he surprised most people by sweeping the series against HeRoMaRinE, one of the best EU Terran players, 3:0. Before him, the Chinese audience had sorely missed one of their own players in the semifinals, the last two being MacSed & Jim in 2013. Even though Reynor ended Time's journey, he had a bright future in the coming years.

Just one month after 2019 WCS Winter AM, TIME made his breakthrough and stood in front of Serral in the quarterfinals of 2019 WCS Spring. Even though he felt anxious while facing the world's best player, TIME still managed to grab one map after an unsuccessful Nydus timing attack from Serral. He said that he had seen the gap between him and the best player and what he could improve in the next tournament after that game.

On July 2019, TIME was defeated by ShoWTimE, the best German Protoss, 1:3 in the quarterfinals of 2019 WCS Summer. Later, he was successfully qualified for Assembly Summer 2019 after defeating Scarlett for the first time. He got revenge against ShoWTimE in Group Stage 2 with two decisive SCV pulls. He then faced Serral in the quarterfinals for the second time and showed his improvement after 3 months' practice. No one expected that TIME would almost take down Serral in this BO5, but he narrowly lost 2:3. He even led 2:1 in the series but Serral pulled off a comeback after a vigorous effort and defeated TIME with 3:2. During the winner's interview, the reigning WCS Champion said that there was a moment he thought he might have lost the game. TIME showed his excellent control just like what ByuN did 3 years ago, and earned himself many fans worldwide.

On Aug 15, 2019 GSL vs. the World, he dominated one of the best Zerg players from Korea, soO. There was no doubt that TIME was now one of the best Terran players in the world.

After beating MaNa 3:1 and Astrea 3:0 in 2019 WCS Fall, TIME became the first China Mainland player to be qualified for2019 WCS Global Finals in Anaheim. It had been 8 years for Chinese audience to see their own player competing in the Global Finals. No matter what the results, TIME has initiated a new era of Chinese StarCraft 2 scene.