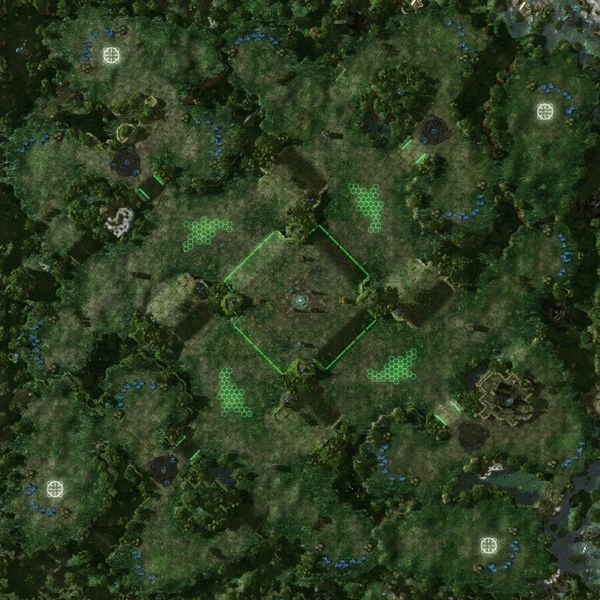 Tal'Darim Altar is a large, rotationally symmetric, four-player map which made its debut in the Global StarCraft II Team League. One of the first maps not made by Blizzard to be played in the GSL, its size and number of expansions contrast strongly with maps such as Steppes of War which it replaced.

After balance testing in Gisado's Star Challenge, version 1.0 appeared in GSTL 1. The revised version 1.1 was used in GSL March and TSL 3.

A draft of the map had been published earlier as Amoroso.

Blizzard incorporated their own edition of the map, Tal'darim Altar LE, into the ladder pool with patch 1.3. That edition was then adopted in GSL May.

An old copy of the map, here referred to as version 0.9, was mistakenly used in the first two weeks of the North American Star League.

An early baneling timing can be a good viable strategy in ZvZ on this map (compared to 15 hatch) according to Sheth.[1]

There are two easily defendable expansions in front of your main base. There are multiple paths to navigate around the center, so make use of the Watch Towers.