I don't know what it looks like for people with different size monitors/browsers, but the current bracket right now looks extremely compressed.

Even with the names abbreviated they're still too long (Dignitas, StarTale and coL.MvP especially aren't really shortened enough). Either go with just (abbreviated) names or just icons, not both. --salle (t, c) 00:09, 16 March 2012 (KST) 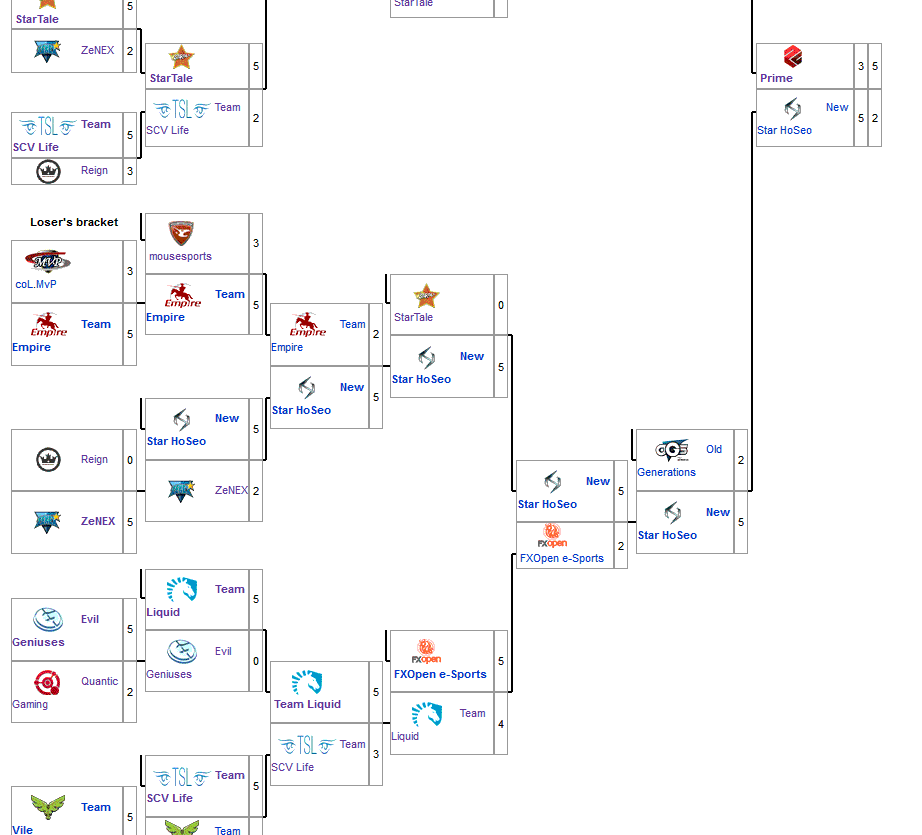 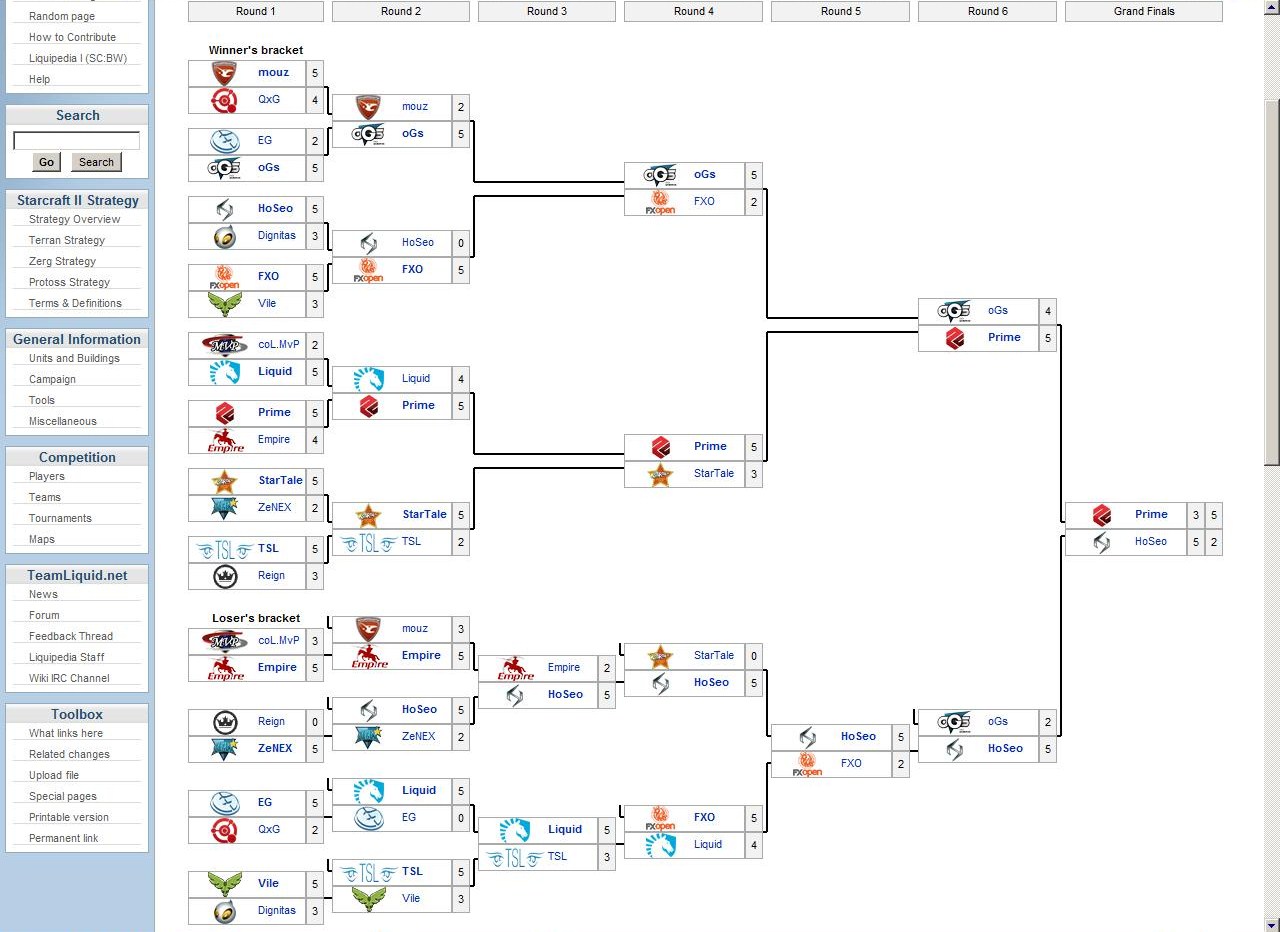 When updating win ranks, please try to make the job of future editors easier by grouping players with the same amount of wins by their team name, which should then be arranged alphabetically. Also try to remember to place the date of your update above the win ranks chart. Thanks!-- RoninShogun 14:13, 24 January 2012 (KST)