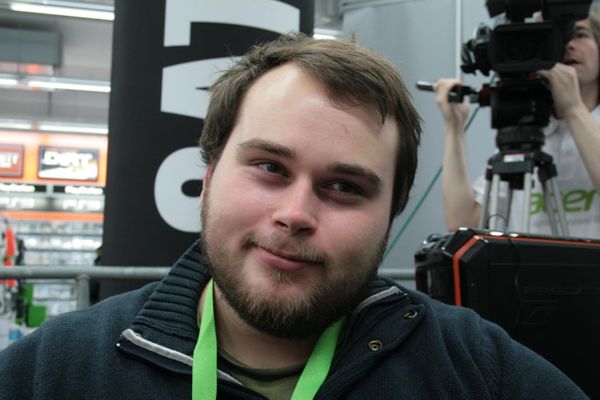 He previously played for Team Dignitas,[1] but left in January 2014.[2] He mainly competed in SEA tournaments, but also competed in the IEM Season VI - Global Challenge Kiev. In September 2012 TargA moved back to Europe to focus on his pro gaming career.

TargA was also a member of the social clan Team inFinity

TargA is currently studying in Australia and he's a former Warcraft III player. He had strong placings in Norwegian tournaments and LANs, he also qualified for IeSF Grand Final 2010 in Daegu, South Korea.[3] TargA previously joined Team inFinity on March 26, 2011,[4] however switched teams to Mindfreak eSports on April 11, 2012.[5] As of November 6, 2012 Mindfreak has ceased support for their PC titles, citing a "Focus on console gaming".[6]

After completing his tenure as a moderately successful Warcraft III player, TargA began competing on the European ladder in Wings of Liberty, taking down such names as Revenant and Deneb.

TargA would place well in future ESL tournament on SEA, once defeating mOOnGLaDe of Australia 3-2. TargA also placed well in a couple of SC2SEA Community opens, and was a grandmaster on NA, one of few SEA players to achieve that rank at the time.

After a surprising run through the NASL 2 Semi Open, TargA managed to qualify for the third season of the NASL.

From October 27 to October 28, 2011, TargA participated in the IPL 4 Australian Qualifiers. To start off the tournament, TargA was placed in Group A. After advancing through his group with a score of 3-1, TargA advanced in to the playoffs. In the playoffs, TargA was able to defeat iaguz, SenSei, and deth and then ended up facing Rossi. He wasn't able to advance in to the finals after losing to Rossi by a score of 0-2 and fell to the losers' bracket match against YoonYJ. TargA defeated YoonYJ by a score of 2-0 and advanced in to the finals at a shot for revenge. However, in the finals, TargA wasn't able to defeat Rossi and lost to him again by a score of 1-2/1-2 and had to settle for second place.

On July 28, 2012, TargA participated in the World Championship Series: Norway Nationals. TargA defeated KarateKyle and fubb before he lost to Seriously and fell in to the losers bracket. In the losers bracket, TargA took out CheesyJunk and Snute before falling to Noticimus by a score of 1-2 and took 3rd place.

In the weekend of the 25 and 26 September, TargA participated in the DreamHack Open: Valencia where he beat ForGG and ended his first group stage without a single map dropped. In Group Stage #2 he ended up in a tough group with VortiX, Socke and Adelscott. In this group he only lost to Socke and thus ended 1st in his group.

The playoffs were where TargA surprised everyone. After taking down fan favourite LucifroN and HerO he then had to take on TaeJa in the semifinals and lost to him by a score of 2-0.

In the first weekend of December 2012, TargA arrived at SpillExpo 2012 where he was to compete in both a Norwegian National Championship and the SpillExpo Invitational 2012. He got first place in both tournaments. He defeated both Eiki and Icho in the Norwegian Championship. Then later on, he won against the 2012 World Championship Series: Norway Nationals champion Noticimus and the Swedish Team Dignitas player Bischu in the invitational tournament, bringing home two victories in on the same day.