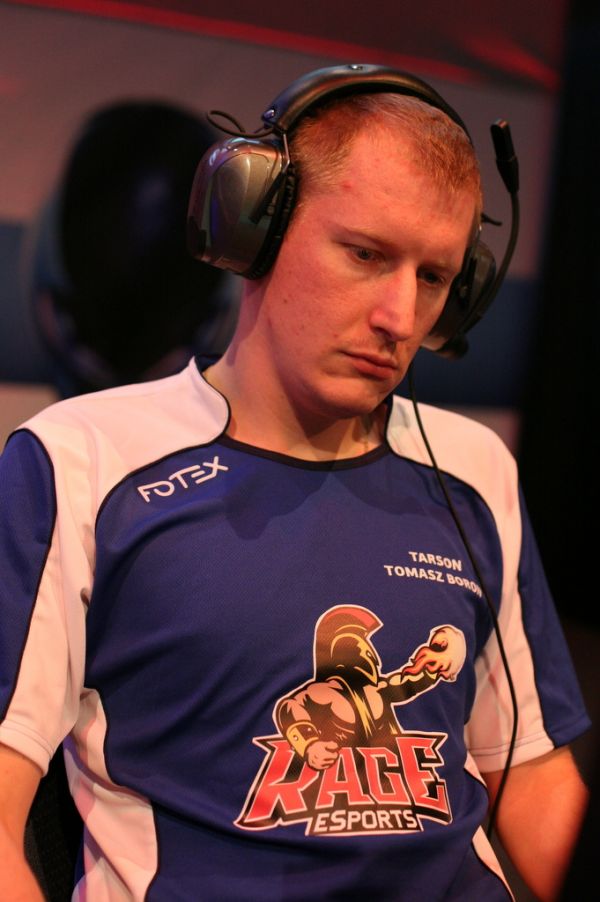 Tomasz "Tarson" Boroń is a retired Terran player from Poland.

Tarson was a long time Brood War player with many accomplishments including qualifying for the Ro16 in the 2009 Pokerstrategy.com TSL.

After a slow start Tarson began to experience a very successful beta period starting toward the end of Phase 1. He began to place 2nd in many events and tournaments before finding what was needed to go that little extra further and begin winning tournaments. He became one of the most successful players by the end of the beta phase and this fact helped him to sign a contract with RAGE.eSports with a status of the main star of their new line-up.

Tarson's first Launch result was a 3rd place finish in Go4SC2 ESL Cup #25. While not normally a notable result, this also qualified him for the IEM Season V - Global Challenge Cologne, the first major live StarCraft event in Europe. At the finals Tarson surprised many once again by his win over future tournament winner MorroW during group stage (this was the only match the Swedish player lost) and 4th overall position.

For his various successes in cups, he was picked up by the French Team Millenium on November 23, 2010.[1] As Tarson still had contract obligations he had to pay a release clause for contract termination with his previous team, in other words buying-out his own contract.

On August 9, 2012, Tarson participated in the ZOTAC Cup Monthly Final July. Tarson took down Kalin, roof, and sC to advance into the finals to face Nerchio. After losing 3-1 to Nerchio however, Tarson had to settle for 2nd place.

On March 1, 2013, Tarson joined the Swiss team mYinsanity.[3] mYinsanity announced his departure after eight months on the 20th of October 2013.[4]