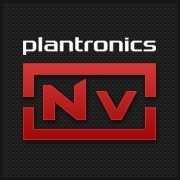 Team Nv is an international eSports team based in Australia and one of the leading professional teams in the SEA region. The team was formed on the 12th of February 2012 by reputable tournament host Derek "Dox" Reball (manager and sponsor), and featured many former members of the now disbanded Archaic esports team. Originally Invidia, the team announced a title partnership with Plantronics in April 2012, where they re-branded to their now-known title of GAMECOM Nv. In November 2012, Team Nv announced the addition of a Call of Duty: Black Ops II (Xbox 360) division.

Active at the time of Disbandment[edit]