Tech Lab (Legacy of the Void)

This article covers the current multiplayer version of this add-on building. For other versions see Tech Lab (Heart of the Swarm) and Tech Lab (Wings of Liberty). 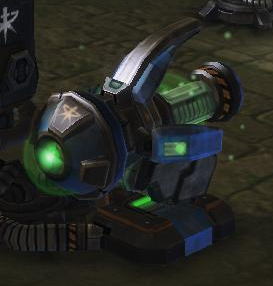 The Tech Lab is an add-on for the Barracks, Factory and Starport that unlocks new tech and upgrades. For example, a Barracks with a Tech Lab can produce Marauder and Ghost units.

Players can exchange the building attached to a Tech Lab to achieve tech swaps, tech rushes or early unit production. For instance, when doing a fast Banshee build, players can simultaneously build a Tech Lab on a Factory while also building the Starport. When the Tech Lab finishes, the player can float the Factory away and land the Starport next to the now free Tech Lab. Now the player can build Banshees immediately, without having to wait for a Tech Lab to build.

Unlocks Marauders and is a requirement for Ghosts.

Unlocks Siege Tanks and Cyclones and is a requirement for Thors.

Unlocks Ravens and Banshees and is a requirement for Battlecruisers.