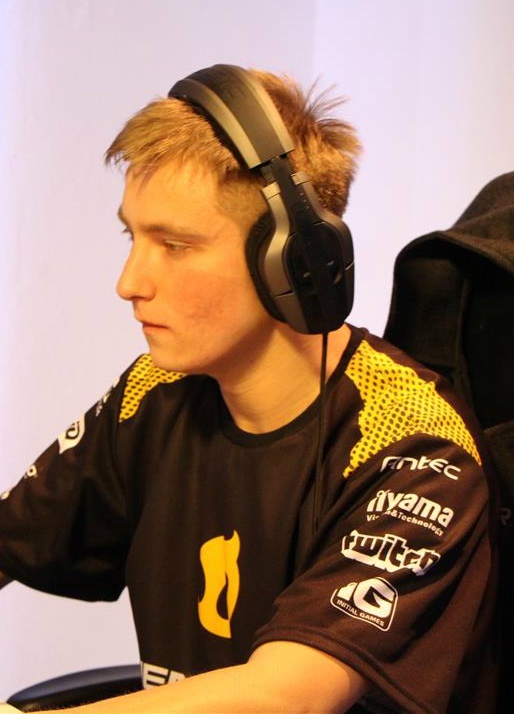 Tefel has been a relatively active player since the early Beta. While placing well in a number of online cups he has still gone largely unnoticed, possibly because of his lack of LAN achievements. He can be characterized by strong timing strategies and a more aggressive mid-game style.

Tefel qualified for the 2012 MLG Pro Circuit Spring Arena 2 through beating players like merz, Ret and Bly. At the tournament he made an upsetting run in the lower bracket with victories over SeleCT and, yet again, Ret. After getting knocked out by Alicia he ended up on 13-16th place of 32 participants.

In December 2012 Tefel attended the ESET UK Masters 2012 in the United Kingdom at the Insomnia47 Gaming Festival. Placed in a group with 3 other Zerg players, TLO, Ziktomini and JonnyREcco he managed to take first place after two straight wins against TLO and Ziktomini. In the playoffs he met German Terran KrasS and fell 2-0, finishing 5-8th and taking £150 prize money.

On May 12, 2012, Tefel participated in the 2012 World Championship Series: Poland Nationals. After taking out Yeldy in the first round, Tefel was sent straight to the losers bracket after losing to Nerchio. In the losers bracket Tefel defeated Zazu but could not get any further after he fell to DieStar by a score of 1-2 and had to settle for 4th place.

On November 25, 2012, Tefel would participate in IEM Season VII - Singapore, having qualified through the European Qualifier. Placed into group B he would go 3-2 (6-6 on maps), finishing fourth in his group and so narrowly missing out on a spot the playoffs.

On May 11, 2013, Tefel participated in the 2013 WCS EU Season 1 Challenger League Qualifiers where he would reach the semifinals to qualify. In the Challenger Bracket he beat TitaN, KrasS, and NaNiwa to qualify for the WCS EU Season 2 Premier League.

In the Premier League Round of 32 Tefel was placed into Group A with Mvp, elfi, and beastyqt. After beating beastyqt 2-0 in the initial match, he lost a close series 2-1 to Mvp. However he was able to win the final match 2-1 against elfi to move on to the Round of 16

On January 22, Tefel participatet in 2014 WCS EU Season 1 Challenger, where he was set up against Lilbow to which he lost 2-3

On May 2, Tefel participated in 2014 WCS EU Season 2 Challenger, where he was set up against NightEnD against whom he won 3-2. In Premier league he was placed in a group with VortiX, Grubby and Patience. He won his initial series against VortiX 2-1. After his initial win he lost 0-2 against both Grubby and VortiX and dropped out of premier.

On August 1, Tefel participated in 2014 WCS EU Season 3 Challenger, where he was set up against Kas to which he lost 0-3.