Tempest (Heart of the Swarm)

This article covers the now superseded Heart of the Swarm multiplayer version of this unit. For another version see Tempest (Legacy of the Void). 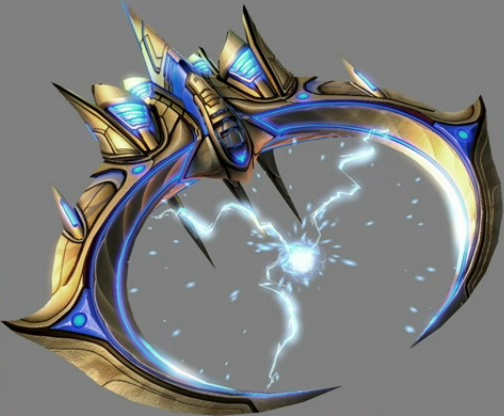 The Tempest is a powerful capital ship for the Protoss that can be built from the Stargate once the Fleet Beacon has been completed. Its primary role is as a heavy bombardment unit, using its incredible range to attack air and ground targets from a safe distance. Due to its range of vision being smaller than the Tempest's maximum attack range, it often requires other units to act as spotters in order to use the unit to maximum effect. The Tempest fires very slowly, but deals bonus damage against Massive flying units like Brood Lords and Battlecruisers.

Tempests are usually used as hard counter against massive air units such as Brood Lord, Battlecruiser and colossus in late game to help Protoss army due to removal of Vortex from Mothership in Heart of the Swarm. One should usually build a critical amount of Tempests to effectively snipe the designated unit in one volley of shots from Tempests so enemy cannot save these units by backing them off. E.g.: Protoss should build 5 Tempests to kill a Colossus in one volley of shots.

Tempests deal a massive amount of damage to Carriers, Mothership, Tempests and Colossi (which count as Air in purpose of Tempest weapon usage and thus receive bonus damage from +massive bonus). Tempests can withstand a lot of punishment for their 4 supply cost however they are countered fairly easily by Void Rays due to their high damage against armored units. Tempests are best used when enemy builds an army of Carriers due to their 2 natural armor which reduces interceptor damage significantly. Tempests can also be used with late game army to snipe enemy Colossi and forcing the enemy to retreat or to fight an unfavorable engagement.

Against Carriers/Tempests, an un-upgraded Tempest will take six shots to kill a Carrier/Tempest even with +3 armor upgrade, therefore it is preferable for a player building Tempests to upgrade air armor to reduce Carrier interceptor damage even further. This sets up protoss for favorable position for further usage of Stargate units to assume air superiority.

Against Colossi, an un-upgraded Tempest takes five shots to kill a Colossus, however with +3 air upgrade only four shots are needed.

In PvT Tempests are best used to deal with Battlecruisers, if there are any. Both units have the same movement speed and thus one should be able to execute hit and run tactics while focusing the Battlecruisers one by one. As a counter to the Tempest, the Terran player might build a lot of Vikings in order to deal with the huge ships, but if the opponent chooses this strategy and you don't have any other important air units, you should ignore the Vikings and simply focus fire down the Battlecruisers.

Tempests can also be used against the very immobile mech army, using the range difference in order to slowly pick away at the powerful Terran force and by that forcing him or her to make a choice, either move forward into a position that might not be too favorable, back off and lose the position it currently holds, or wait and slowly get picked apart by the Tempests. For this cause only a few Tempests are needed, one or two should be enough at most cases.

Against Battlecruisers, an un-upgraded Tempest will take eight shots to kill a single ship, with +1 Weapons, a Tempest needs only seven (even against +3 armor upgraded BCs).

Note that Point Defense Drones will block a Tempest shot.

Tempests are a very strong counter to Zerg Brood Lord armies due to the Brood Lord's Massive attribute and their relatively small health pool. Tempests are able to kill one Broodlord in 3 hits regardless of upgrades. To counter Tempests Zerg will usually spawn army of Corruptors to battle Colossi and Tempests so it is advisable for Protoss to build several Void Rays or mass of Stalkers to protect their heavy damage units.

The Tempest is incredibly supply efficient in the defensive department, having a base armor value of 2 and one of the biggest health pools in the game. This allows for a special strategy to be executed which includes High Templars and Tempests as the main army, with a vast amount of cannons for defense until the deathball is ready. This composition works because the Tempest block the attacks of the opponent's units long enough for the High Templars to lay waste to them using the Psionic Storm.