Terminus is a four-player map originally released with the launch of SC2 and intended for 1v1 play. 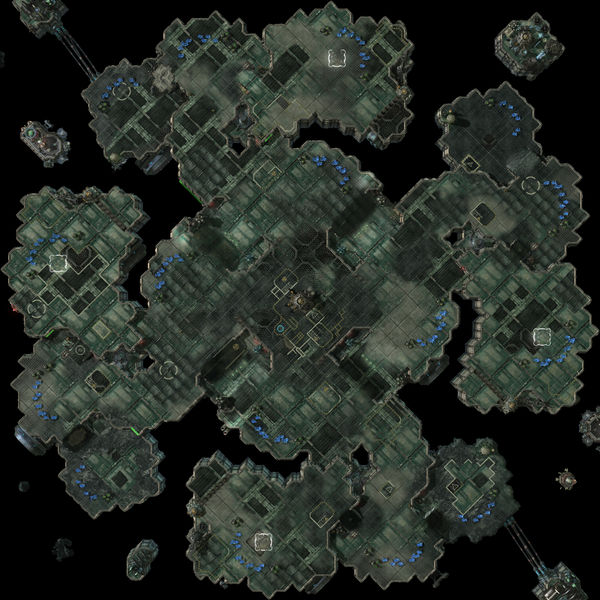 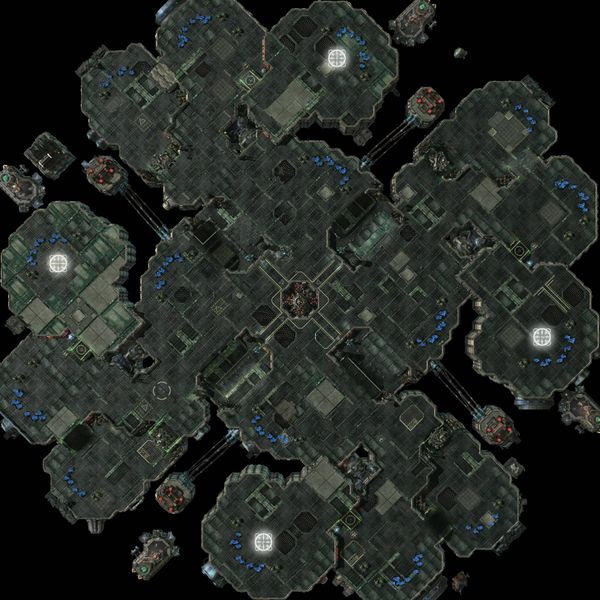 Gisado modified the Blizzard map for competitive play, adding natural expansions[1]. This version, named Terminus G, was then remade by LSPrime as Terminus RE for the GSL Team League, after which it entered the GSL and TSL map pools. The modified version Terminus SE appeared in the GSTL2.

The original map was rarely used in competitive play.

The Terminus space platform is vast and open to attack, but you can secure control over the area by making effective use of the Xel'Naga Towers.

Gisado (Korean GSL Commentator) modified the original Terminus map first by adding natural expo was called Terminus G, this came to be the predecessor to Terminus Re.

Gisado found play on his modified map interesting but felt too inexperienced with the map editor to make his ideas justice. He therefore decided to ask LSPrime for help revising it. LSPrime's version came to be called Terminus RE, RE standing for "Remake". It made its GSL debut in GSTL1 and is as of July 2011 still in use despite its successor having been around since march.