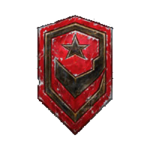 The Terrans are relative newcomers to the Koprulu sector. They are the descendents of a disastrous colonization expedition launched from Earth centuries ago. Its human cargo made up of dissidents and malcontents the ruling Earth government deemed expendable. The survivors of the expedition established three colonies that became the basis for the major power blocs in Terran space: the Confederacy, the Kel-Morian Combine, and the Umojan Protectorate. The corrupt Confederacy was overthrown by terrorist and revolutionary Arcturus Mengsk during the chaos of the Zerg invasion. Now the Terran Dominion has emerged from the ashes of the old Confederacy as the dominant power, ruled by none other than Emperor Arcturus I.

Forced to adapt to the harsh existence on the mostly lifeless worlds of the sector, the Terrans are masters of survival. With neither the advanced technology of the Protoss nor the natural prowess of the Zerg to rely on, the Terran military forces consist of a varied mix of units. From basic but effective infantry like the Marines to heavily armed Battlecruisers, Terran units rely on solid armor, plentiful firepower and strength in numbers to hold the line. Terrans excel in defensive situations where their Bunkers and Siege Tanks really shine.