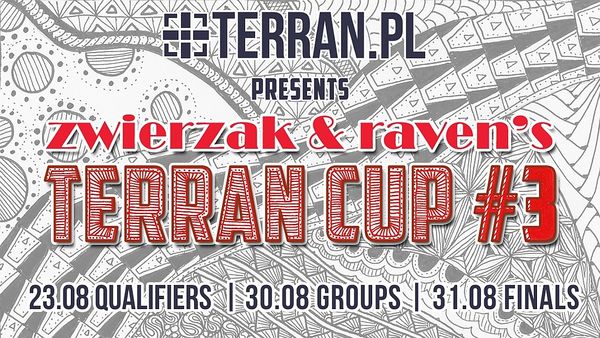 Terran Cup returns to the StarCraft 2 community! First two editions of the tournament were organized by Terran.PL in 2010. The idea of Terran Cup was to increase activity of Polish StarCraft 2 community by hosting tournaments with attractive money prizes and for the Polish players only. After more than four years since the previous tournament, these objectives seem to be still valid as there is obvious lack of local tournaments where talented players from Poland would be able to show their skills.

Thanks to TerranTV viewers the prize pool has increased to total amount of 1250 PLN (from 800 PLN). Also an audience award was established. Two players of the most entertaining game by viewers choice will get 100 PLN (~31 USD).[1] [2]

1250 PLN (approximately $390 USD) are spread among the players as seen below:

1Unfortunately DieStar could not attend the tournament due to private reasons.