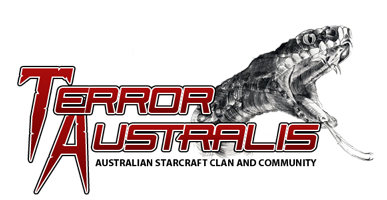 This is just the StarCraft II information for Terror Australis. For more information about their Brood War history, click here 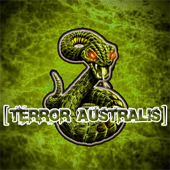 Formed from mostly B-Team and a few A-Team members from the Australian State teams (New South Wales, Queensland, etc.) after the State of Origin competition, Terror Australis is a clan dedicated to StarCraft in all its forms. Originally focused on Brood War they have now expanded to incorporate StarCraft II, where many of the starts leading the team to #1 in iCCup ClanLeague C2 division have gone on to make a name for themselves at the top of tournaments and ladders.

Activity and recruitment has started up again after frustration over the lack of clan and chat support on Battle.net was finally overcome by the fact they want to stay active and play together. Both social with inhouse tournaments and events[1], as well as competitive with players capable of contending SEA tournaments, the clan aims to carry on its legacy as one of the largest, most active and most successful Australian StarCraft 1 clans.

The Team play under the TA tag where appropriate. It is historically written as [TA] but the lack of symbol support in Battle.net 2.0 forced the change.

These players compete for TA in SC2SEA's PDCL, which is a clan league for players in the platinum or diamond leagues.

These players compete for TA in SC2SEA's BSGCL, which is a clan league for players in the bronze, silver and gold leagues.

The TA Pro Series was a fortnightly clan inhouse tournament being run by deL for members of Terror Australis to promote activity in the clan and reward the top competitive players. The event was a simple, single-elimination style tournament for 1v1 games, sometimes streamed, and the winner receives AU$25 for winning.