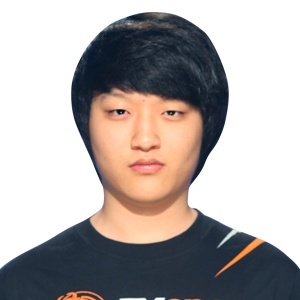 TheBest retired on October 7, 2013.[1] After retiring, TheBest was seen playing in the 2014 GSL S1 Qualifier where he managed to top his group and qualify for Code A.

In the 2011 GSL Super Tournament, he managed to reach the Round of 8 after upsetting TricKsteR and Min before being swept by MarineKing 0-3 in a series notorious for TheBest's poor banshee control.

In the first Code S season, he managed to reach the Round of 16 defeating players such as Maka and Polt, only to lose 0-2 in the Round of 16, falling to both Mvp and Choya. In the subsequent season, TheBest would be demoted to Code A after going 0-3 in his group and losing to SuperNova 0-2 in the up/down matches.

TheBest would lose in the Round of 32 in his first season in Code A and be knocked out of the GSL. He would make his return to the GSL by qualifying for August's Code A tournament. He would fall in the first round again however, losing 1-2 to YoDa.

TheBest re qualified for the GSL defeating Tassadar and PuMa he will make his return in 2012 Global StarCraft II League Season 3 code A.

TheBest made his first appearance in the GSTL against ZeNEX and won 3 games and the match for his team, coming back from a 1-3 deficit.

On July 13, 2011, TheBest participated in the ESV TV Korean Weekly Season 1 Weekly 5. After taking down inori, MarineKing, and Heart, TheBest went on to face TaeJa. He was not able to advance any further after he lost to TaeJa by a score of 1-3 and fell in to the 3rd/4th place match. TheBest once again wasn't able to grab any more victories and had to settle for fourth place after losing to NaYa by a score of 2-3.

On April 19, 2012, TheBest participated in the ESV TV Korean Weekly Season 3 Weekly 1. After taking down Tassadar, HyuN, inori, Symbol, and TOP, TheBest advanced in to the finals to face GuMiho. In the finals, TheBest defeated GuMiho by a score of 3-1 and grabbed first place.

On May 3, 2012, TheBest participated in the ESV TV Korean Weekly Season 3 Weekly 3. TheBest received a BYE in round one and then went on to take down inori, Weekend, Revival, and HyuN, TheBest advanced in to the finals to face TheStC. In the finals, TheBest defeated TheStC by a score of 3-2 and grabbed first place.

It was announced on August 10, 2011 that TheBest, along with his teammate Choya would be going to MLG Raleigh.[2] Later it would be amended, however, that the two, along with a third South Korean FXO player would be attending MLG Orlando instead.[3]

On July 22, 2012, TheBest participated in the 2012 South Korea WCS Preliminaries. TheBest received a BYE in round one and then took down KingKong, 유석환, AcE, and faced dreamertt in the finals. He was not able to advance any further as he lost to dreamertt by a score of 0:2 and took 2nd place.