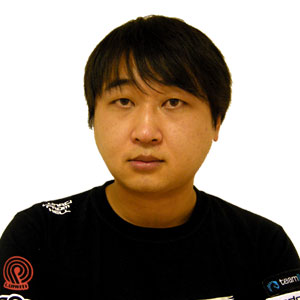 TheWinD is an ex-Brood War player from team SOUL (later became STX) where he participated in both individual and team leagues as a key Zerg player for the team. He retired to perform his military service. Upon his discharge he joined team oGs to resume his pro gaming career.[1]

TheWinD was among one of the earlier ex-Brood War players alongside FruitDealer, Tester, and RainBOw who were part of the formation of oGs. Since then, TheWinD has remained on the team and has been able to qualify for all 3 of the GOMTV Global Starcraft II League open season events. Doing so has qualified him as an S-Class player despite never being able to reach the quarterfinals.

TheWinD has also participated in other GOMTV events such as the Brainbox StarCraft II Team Invitational where the team placed first. As one of the 16 invitees to the GOM TV All-Stars Invitational 2010, TheWind defeated RainBOw and Maka to reach the semifinals where he would lose to Kyrix.

In November 2010, it was announced that TheWinD would be taking over the head coach duties for oGs with help from oGsGon. Spunky formerly held this role but would be moving on to a more managerial position. Although Gon would announce his discontinue of play as a result of coaching, TheWinD remains both a player and a coach.[2]

TheWinD would play in his first Code S tournament in GSL January where he would end up 4th in his group after dropping sets to BoxeR and HongUn. He would survive the up/down by taking out Polt cleanly. In GSL March, TheWinD would advance through the group stage, securing his continued Code S status. He ultimately fell 1-2 to San in a close series at the Round of 16.

TheWinD would go 0-2 in his group in GSL May. He would fall to Code A after losing to Kyrix 1-2 in the Up/Down matches.

TheWinD was knocked out of the GSL after losing to TAiLS in the first round of GSL July Code A.