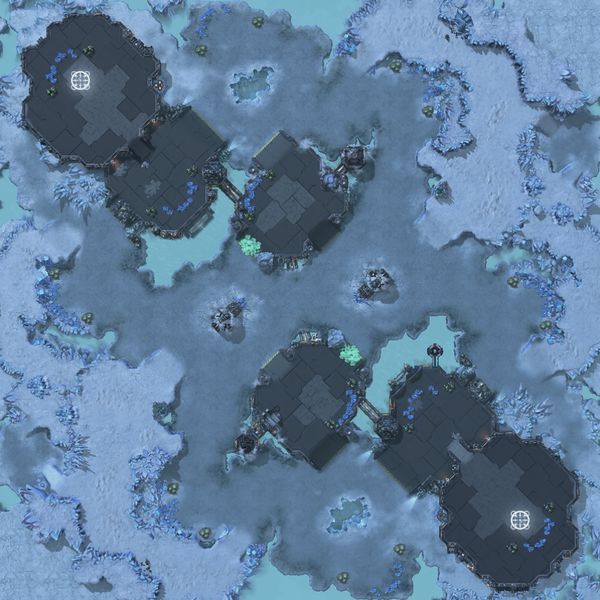 Unlike any other map you can use your gas to wall with three buildings. A Zealot completes the wall.